In this sequel, the G.I. Joes are not only fighting their mortal enemy Cobra; they are forced to contend with threats from within the government that jeopardize their very existence. The film stars D.J. Cotrona, Byung-hun Lee, Adrianne Palicki, Ray Park, Jonathan Pryce, Ray Stevenson, Channing Tatum with Bruce Willis and Dwayne Johnson.  Directed by Jon M. Chu, and produced by Lorenzo di Bonaventura and Brian Goldner, from a screenplay by Rhett Reese & Paul Wernick based on Hasbro’s G.I. Joe® characters. 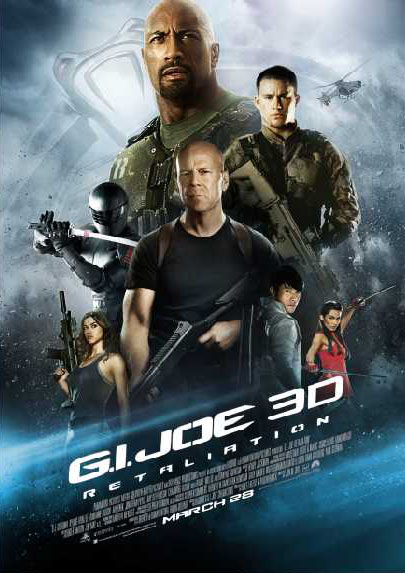 GI JOE 3D RETALIATION is in cinemas on 28th March.

Get Frank has one main prize of:

Plus 5 more double passes to give away!

To enter, simply comment below, then head over to our Film & TV section and leave a comment on one of the articles to finalise your entry. Don't forget to check out next week's newsletter to see if you are a winner and claim your prize!