This Father's Day, enter to win a pack of three books thanks to Hachette New Zealand. 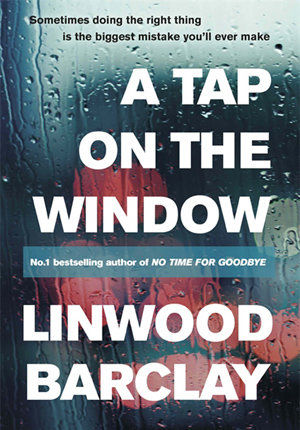 Tap on the Window by Linwood Barclay

When Cal Weaver stops at red light on a rainy night while driving home, he ignores the bedraggled‐looking teenaged girl trying to hitch a lift. Even when she starts tapping on his window. But when she says, 'Hey, aren't you Scott's dad? and he realises she's one of his son's classmates, he can't really ignore her. Okay, so giving a ride to a teenage girl might not be the smartest move, but how much harm could it do?

Over the next 24 hours Cal is about to find out. When the girl, Claire, asks to stop at a restroom on the way home, he's happy to oblige. But the girl who gets back in the car seems strangely nervous, and it's only when they get nearer their destination that Cal realises she no longer has the nasty cut that he noticed on Claire's hand. After he's finally let her out of the car he remains puzzled and intrigued. But it's only the next morning that he starts to really worry. That's when the police cruiser turns up at his door and asks him if he gave a lift to a girl the previous night. A girl who has now been found brutally murdered.

If Cal is going to clear his name he's going to figure out what Claire was really up to and what part he played in her curious deception. But doing so will involve him in some of the small town of Griffon's most carefully kept secrets – and a conspiracy as bizarre as it is deadly. 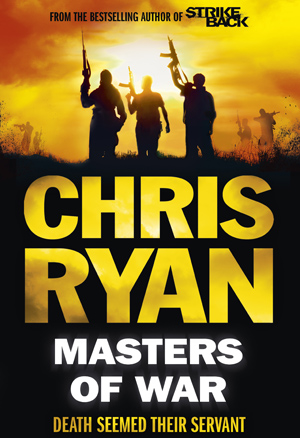 Masters of War by Chris Ryan

In Paris, an elderly man is assassinated as he takes his morning walk.

In the war‐torn cities of Syria, government forces wage a bloody war against their own people. The Russians are propping up the government, the French are backing one rebel fraction and the British are backing another.

And in north Africa, young SAS trooper Jamie Truman is coming to the end of a gruelling tour of duty, or so he thinks.

Jamie has a new mission. An MI6 agent needs to make contact with Syrian rebel forces, and also with the private military contractors who are ‐ unofficially ‐ training this rebel faction as it struggles to bring down their government and establish a new regime that will be favourable to British business interests.

As they travel deep into rebel heartland, Jamie will learn who the masters of war, the men who call the shots, really are. As Jamie finds himself sucked into the murky orbit of the private military, he discovers a world where death is dispensed by the highest bidder and individuals will betray anybody if the price is right.

And where a secret lurks that will change the course of Jamie's own life, however long that might last. 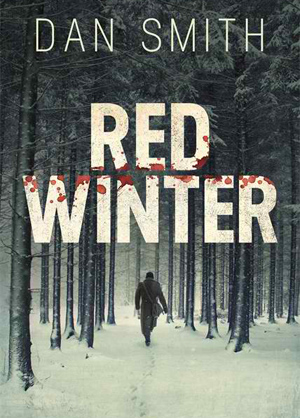 It is 1920, central Russia. The Red Terror tightens its hold. Kolya has deserted his Red Army unit and returns home to bury his brother and reunite with his wife and sons. But he finds the village silent and empty. The men have been massacred in the forest. The women and children have disappeared.

In this remote, rural Russian community the folk tales mothers tell their children by candlelight take on powerful significance and the terrifying legend of Koschei, The Deathless One, begins to feel very real. Kolya sets out on a journey through dense, haunting forests and across vast plains as bitter winter sets in, in the desperate hope he will find his wife and two boys, and find them alive. But there are very dark things in Kolya's past. And, as he strives to find his family, there's someone or something on his trail.

Winner will be announced in next week's newsletter.