Win a Emirates Team New Zealand polo thanks to Steinlager

BLACK TO THE FUTURE 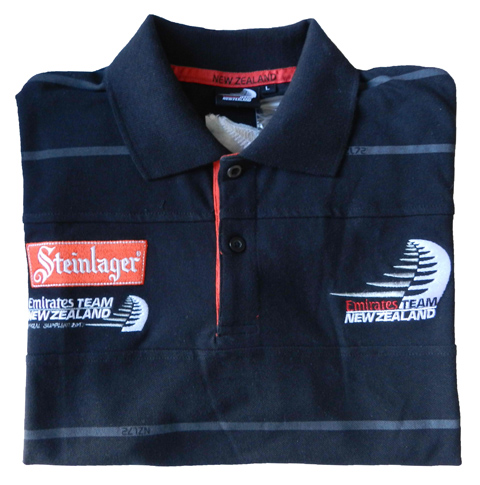 When Black Magic won the America’s Cup in 1995, Steinlager was there.

When Team New Zealand defended the cup in 2000, Steinlager was there.

When the Swiss bought the cup in 2003, Steinlager was there too.

This year Steinlager is celebrating its unrelenting support of Emirates Team New Zealand by releasing a limited edition black Steinlager Challenger can. These specially marked cans will be available from July at all good supermarkets and liquor retailers.

The men will be facing a huge task in bringing the Auld Mug home, but they are more than up to the challenge. It’s been done before, it’s been defended before, and it can definitely be won again.

Michael Taylor from Steinlager say’s, “Steinlager is proud to be continuing our long history with New Zealand’s America’s Cup Challenger boats and we are 100% behind the team!”

With the belief of the nation and unwithering determination our men can turn the tide and bring it home, she wont be easy, but nothing ever worth doing is.

So let’s raise a cold Steinlager black can to our team and their quest to win the Louis Vuitton Challenger Series.

Frank has 1x Emirates Team New Zealand polo to give away thanks to Steinlager. To enter, simply comment below, then head over to GetFrank's Health & Fitness forum. Make sure you check out next week's newsletter to see if you are a winner and claim your prize.