New Zealand music lovers have the rare opportunity to see the ‘born entertainer’ Robbie Williams on the big screen, as part of an exclusive to cinemas broadcast of his current 2013 European Crown Tour.

On 20 August, 2013, Robbie Williams performed at Estonia’s 70,000 capacity Tallinn Song Festival Ground. The penultimate show of his first solo stadium tour in seven years will be filmed to give his fans the perfect chance to catch the maestro in action as he rips through his thrilling two-hour set that includes his biggest solo hits such as “Bodies”, “Millennium”, “Let Me Entertain You” and “Angels”. 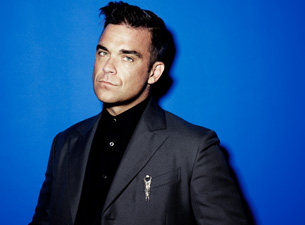 The trailer and cinema listings can be viewed at www.robbiewilliams.com/cinema

Get Frank is pleased to offer 5x viewers a chance to win a double pass to this fantastic film. To enter, simply comment below then head over to our Current Events & Sports forum to finalise your entry. Make sure to check out next weeks Newsletter to see if your our lucky winners