Win a copy of A Volcanic Guide to Tongariro National Park RRP $39.99 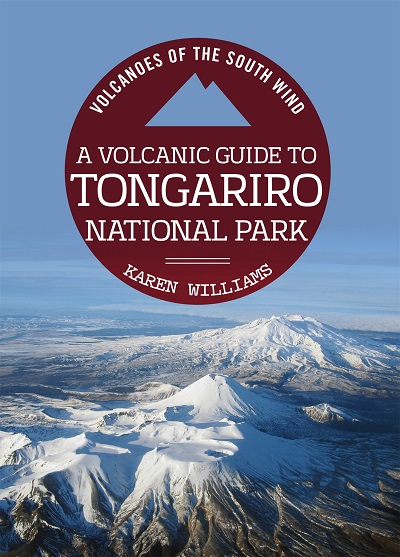 A field guide to the volcanoes, volcanic features and dramatic landscapes of Tongariro National Park.  By Karen Williams

New Zealand sits precariously on the collision zone between the continental Australian Plate and the Oceanic Pacific Plate, one of the most active tectonic settings in the world. At the apex of New Zealand's most concentrated area of geothermal activity is the Tongariro Volcanic Centre, a zone slowly widening as the Earth's crust is stretched and thinned by the relentless forces beneath.

Tongariro Field Guide provides a comprehensive introduction to the Tongariro Volcanic Centre and the incredible forces that shape and mould the landscape. It tells the turbulent history of the volcanoes, explains the inherent processes at work with detailed photographs and diagrams, identifies the volcanic features found in the park - vents, peaks and flows - and shows you where to find them on the park's famous walks and tracks.

Included are the post-eruption events of Ruapehu in 1995-1996, the long-predicted dam burst of the Crater Lake and safe passage of the major lahar in 2007, and the recent eruptions from Mount Tongariro, the first from this volcano in a century. On a smaller scale, Tongariro Field Guide updates the research work of New Zealand scientists, including the study of ash layers using improved techniques to reveal previously incorrect predictions about the age of the volcanoes in the area.

GetFrank is pleased to offer our viewers a chance to win a copy A Volcanic Guide to Tongariro National Park RRP $39.99. To enter simply comment below then head over to our Current Events & Sports Forum to make a decent contribution to finalize your entry.