Calling all biscuit lovers… Griffin’s is on a nationwide hunt to find out exactly what New Zealand’s Favourite Griffin’s Bikkie is – so grab a cuppa, reach for the biscuit tin and cast your vote.

For the third year running, Griffin’s wants to find the best bikkie of them all. With delicious family favourites like ToffeePops, Squiggles, Gingernuts, MallowPuffs all in the running – picking a favourite may not be easy!

Those wanting to support their favourite bikkie should visit www.favegriffins.co.nz, or the Griffin’s Facebook page, to cast their vote.

To make it all the sweeter, one lucky voter will win a year’s supply of biscuits!  Plus everyone’s chance of winning can be doubled if they share a recipe that uses their favourite bikkies*.

James Clark, from Griffin’s, says: “Griffin’s has been baking New Zealand’s favourite biscuits for generations and we know Kiwis love nothing more than a good bikkie.”

“So now’s the time for all those biscuit fanatics out there to cast their vote on what they believe is New Zealand’s Best Griffin’s Bikkie.”

“We want to get everyone’s mouths watering, so we’re also encouraging everyone to submit a recipe using their favourite Griffin’s bikkie – whether it’s a pavlova, a cheesecake or a tiramisu, we want to hear about it!”

Anyone can vote for their favourite biscuit on the Griffin’s Facebook page until 1 December.  The most popular will be crowned the rewarding title of New Zealand’s Best Bikkie 2013! 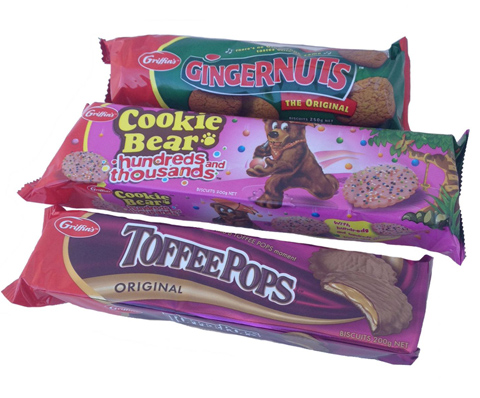 Get Frank has three Griffins prize packs to giveaway. To enter simply comment below then head over to our Health & Fitness Forum to make a decent contribution to finalize your entry.