The Jesus Phone Is Here 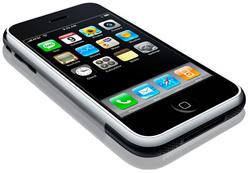 You have to say this for them – Apple and Vodafone sure know a good thing when they’re onto it. We already warned that the price of the iPhone was unlikely to be as competitive in New Zealand as the US (print issue of Tone 71). But who could have predicted just how knee-weakeningly expensive the Jesus Phone would be to own in this country?

If you wish to buy an iPhone without a data plan, the 8GB model will cost you $979, the 16GB $1129. However, you can get the phone for much less than that if you choose to sign a 24-month contract. One of these would see you pay as little as $199 for the 8GB handset or $349 for the 16GB model. But here’s the catch: to get that deal you need to sign up for the plan that gives you 1GB of data each month. So? Well, that plan will cost you $250. Every. Single. Month. For two years. But hey, they’ll throw in 600 free text messages a month too. Cheers.

These prices compare poorly not only with the US but also Australia. Optus will give you an 8GB phone for free on a 700MB, A$79/month contract, while Telstra is also offering freebie deals.

Yes, we get that there are economies of scale involved here. But even so, we think Kiwis are being taken advantage of.

Those with more money than, um, us can go to www.vodafone.co.nz/iphone/plans.jsp for a full rundown on pricing.

PS, The iFixit guys came over from the States and were fourth in line at the NZ-first launch of the iPhone. They bought, then they disassembled. 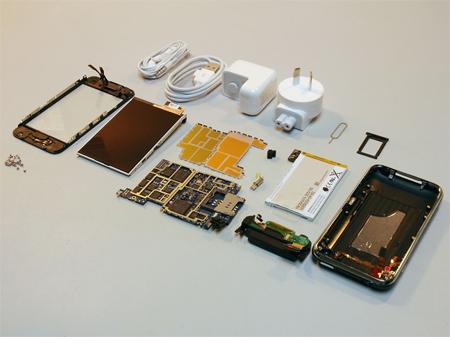 Check out their forensic examination of the most popular gadget in the world in the next Tone magazine… and of course, here on Get Frank.