Ian is a multimedia reviewer who would seriously consider selling his wife and kids to own the latest electronic gadgets. 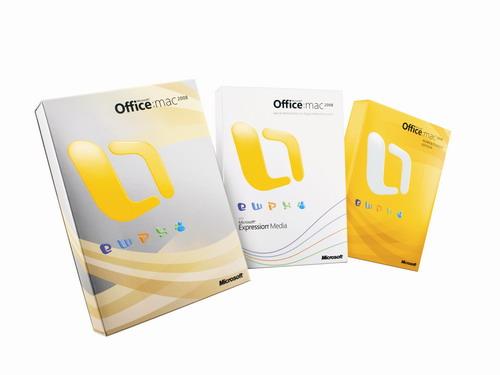 As Microsoft stop updating their software such ad Windows Media Player and Internet Explorer for the multitudes of Mac owners out there, it’s refreshing to see that they still place plenty of stock in its Office applications for the rival Mac format.

“Office 2008 is the latest in a long line of great Office for Mac releases that get better with every version,” said Ron Okamoto, vice president of Worldwide Developer Relations at Apple Computer Inc. “It has many new features that help you work faster and with more ease, and Mac users will also love how seamless it is to share Office 2008 files with PC users.”

Having been using Mac Office 2001 for a number of years now I was looking forward to seeing the increased compatibility and user-friendliness in its latest release of the Office suite of software.

Cosmetically speaking, Office 2008 for Mac is refreshing with its muted colours and clean lines providing an uncluttered, simple to follow interface that, while new, needs no explanation to veteran users or newcomers alike.

The suite comes complete with Word, Excel, Powerpoint, Entourage, Messenger and installation also places an icon for the Project Gallery in the Dock which serves as a starting point for whatever you need to do within Office itself.

“We developed Office 2008 for Mac as a comprehensive productivity suite that also helps people simplify their work,” said Craig Eisler, general manager of the Mac BU at Microsoft Corp. “To complement the deep set of new and improved features, we redesigned the interface so that it is truly easier to use. Even Office beginners can create great-looking documents very quickly. And, at the core, we focused on delivering reliable compatibility so that users can confidently share documents across platforms.”

While the Mac does come with it’s own pseudo suite of office software in iWork, if you don’t want to run into cross-format compatibility problems then there is really no substitute for the real deal. Office 2008 for Mac is virtually a must-have for any Mac user who wants to be productive and have seamless compatibility in an ever increasing cross-platform world.