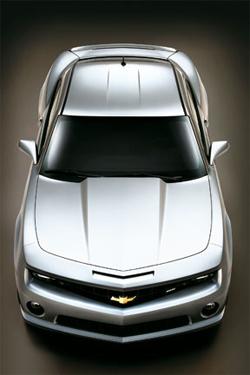 Here it is, in the metal – or at least in photographs of the metal – the hottest factory version of the 2010 Chevrolet Camaro, the SS.

There’s an extra upper air intake at the front, as there was on the concept Camaro show car, a bigger lower lip and an extra styling crease above the driving lights. The idea is to make the most potent Camaro look more menacing. 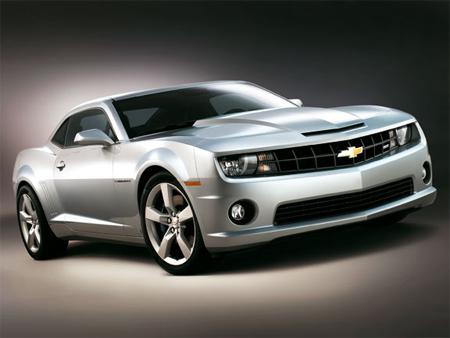 Adding to that impression are the standard 20-inch alloy wheels and on-show Brembo brake callipers. And, of course, SS badges.

But it has the look of a real Q-car, giving little hint of what lies beneath the sheetmetal and the car’s performance potential. And performance is what this baby is all about – performance in spades.

Take the engine, for instance; and Chevy makes no bones about what gearbox it thinks drivers of the most powerful Camaro should use.

The more potent of the SS motors, the 6.2-litre LS3 developing 315kW (422 horsepower) is available only with a six-speed Tremec TR6060 manual. 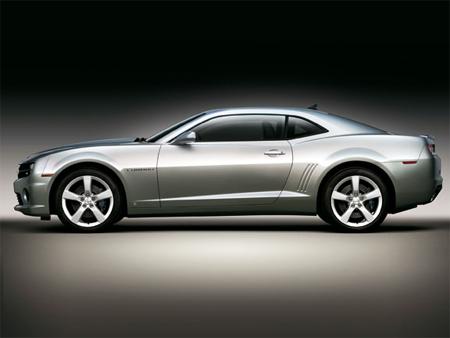 You might go a little further between gas stations with an automatic SS, though. It has the technology to shut down four cylinders when cruising.

Torque outputs are 553Nm for the manual and 535 for the auto.

You ain’t gonna feel shortchanged with the slushbox-equipped car, and for the first week or so – or when you’re showing off – you’ll still be able to smoke and shred the P275/40 ZR20 rear tyres.

The 20-inch alloys are eight inches wide at the front and nine at the rear on both cars.

The front disc brake rotors are 355mm in diameter; the rears are 365mm. All four are clamped by four-piston Brembo aluminium callipers. 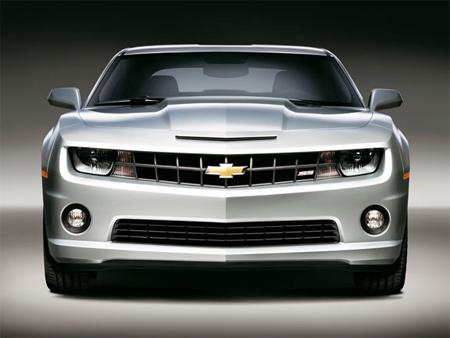 The Camaro is based on the rear-wheel drive platform designed and developed in Australia by Holden for the VE Commodore.

US maker, Pontiac, uses that same platform for its G8 sedan, and the rumour mill says Chevy will use it for a second model – a new version of the Impala. Chevy’s iconic sedan is tipped by US magazine Motor Trend to be returning to its rear-wheel drive roots, courtesy of the Holden platform.

That’s got to be good news for fans who find a Mazda 626-sized front-wheel drive Impala a contradiction in terms.

A friend who drove one while working in America described the brand-new front-drive Impala as being like a 626 that had covered 200,000 miles.

Motor Trend says the rear-drive Impala – it predicts it will be a 2010 arrival – is likely to be topped by a 6.2-litre version using the 400hp L99 motor with cylinder bank deactivation.

It picks there’ll be an SS version with manual gearbox, though most Impala models – 3.6-litre V6s and 5.3-litre V8s are also said to be in the mix – will use six-speed autos.

Motor Trend says Pontiac is also building a new rear-drive Grand Prix on the Holden chassis, also with the 6.2-litre V8. Sounds good to us.