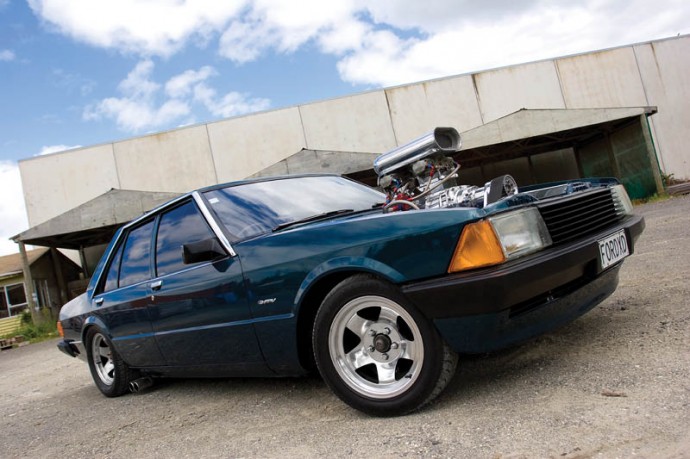 The large, boxy XD Ford Falcon roars into life as owner Nick Andrews turns the key. This car is loud; a cacophony of thumping V8 exhaust and high-pitched supercharger whine. It’s immediately obvious that this is one of those cars that has consumed its builder from the start.

“The single worst part of this build?” Nick muses, over the undulating idle of the Cleveland V8. “Probably living off two-minute noodles and baked beans for the last three years…” Now that’s true dedication, and NZV8 likes it.

At 23 years of age, it’s no surprise that Nick started off his automotive life in slightly dubious fashion, as a big fan of Japanese cars. Nick loved his late-model Subaru — that is, until the day his father, Nigel, bought himself an AU2 Ford Falcon XR8 ute. From that moment, Nick was a new man.

The Subie went up for sale and the hunt for an old-school Falcon was on. “I knew I wanted a Ford, and I wanted something old school,” he says. After a short search, he came across a black 1979 XD Falcon with a lumpy 351: “I had to have it.” 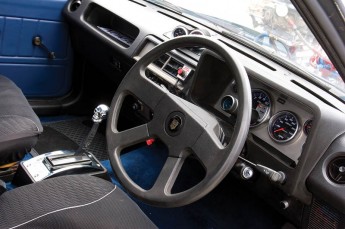 Nick spent the next few months enjoying the car, even converting it to manual along the way. After taking a look at a mate’s nearly finished XD project, Nick was well and truly inspired, and decided to go the same route. Which is when he hit a snag. “The car had just received a new paint job prior to me buying it, but as I began to strip it down I found bog, lots of bog — over an inch thick in places. Some parts of the car had even had the rust beaten down with a hammer, then bog simply slapped on top. The car was a piece of rubbish and went straight to the scrap heap.”

Gutted but not completely deterred, Nick still wanted to build a tough XD, and this time he was going to be a little wiser about it. After months of searching, a suitable car was finally located in Levin. It was completely standard, garaged all its life and in great condition. Perfect. 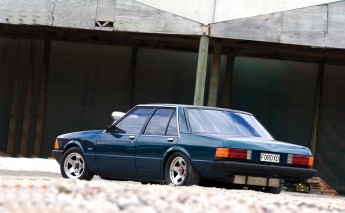 The new XD was stripped back to the bare metal and resprayed in a subtle custom hue. Koni adjustable shocks with custom springs dropped the big box to the ground, and the weak rear brakes were replaced with far superior Wilwood items.

When it came time to look into a motor to slot between the refreshed front struts, Nick had a few ideas, but it wasn’t until a random encounter at a conference that the decision was made. “I got talking to a guy named Fred Robinson, who told me he had a Ford drag car for sale,” Nick explains. It turned out to be the Fords ’R’ Us XD, a 10-second car. “The motor package alone was worth more than what I wanted to spend on my entire rebuild, but I had to have it.”

The drag car was indeed rocking some very serious gear under the hood, and Nick was soon yanking it out of the engine bay and transferring it across to his street machine.

Inside the balanced, grouted and four-bolt mains 366ci Cleveland block, a stroker crank, Eagle rods, Wiseco pistons and a Peter Jackson gear drive make for a very strong motor. An eight-litre sump and crank scraper tray keep the package — including a nasty Snows Special roller cam and Comp Cams roller rockers — lubricated, while the SVO-B Nascar heads up top have been fitted with stainless valves and titanium retainers. 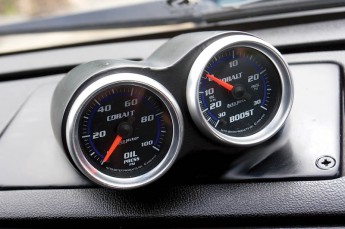 Externally, the first thing you notice is the dirty great Petersen 6/71 blower. The big supercharger force feeds air into twin Demon carbs, where it mixes with fuel provided by a large Barry Grant fuel pump. Once ignited by way of MSD and Eagle, the air and fuel combusts and releases its waste gases out into a twin 2.5-inch exhaust system.
This big bang is good enough for a very healthy 800hp which, firstly, is not bad for a street car, and secondly, is not bad for a 23-year-old driver.

Using a race motor for street applications can have its downsides, especially when it comes to cooling, but Nick has it well sorted with a huge Afco alloy radiator, big CSR electric water pump and a tidy stainless fuel cooler.

To back up the power and get it to the ground, Nick was going to need to get serious with his driveline. A re-programmed FMX three-speed transmission, complete with 4000rpm stall converter, takes care of the huge torque coming through, and transfers it out to a big-money Winters Performance floating nine-inch diff via a burly four-inch driveshaft. The diff uses 3.1:0 gears, and transfers power out to the wide rear treads through 31-spline rear axles.

Given that he owns an immensely powerful street car, it’s a wonder Nick manages to keep his licence. “I do love the power,” Nick admits, “but it’s actually quite a nice car to drive on the street. Most people who go in it can’t believe it drives so well, so it’s not like putting my foot down is the only option. I have been told off by a few old people though; apparently it’s a little too noisy, but that’s how I like it.”

Unlike many projects built by younger guys, this XD has always received the best gear and it shows, but it wasn’t achieved without sacrifice.

“There were a lot of late nights, and a definite lack of funds,” Nick tells us, possibly remembering all those two-minute noodles he consumed. “I’m one of those people that buys stuff now and worries about how to pay for it later, so it wasn’t the easiest time.” He knows it was worth it, though. “I’m glad I did it now that the car is finished. I wouldn’t do anything differently if I had the chance to do it again.” 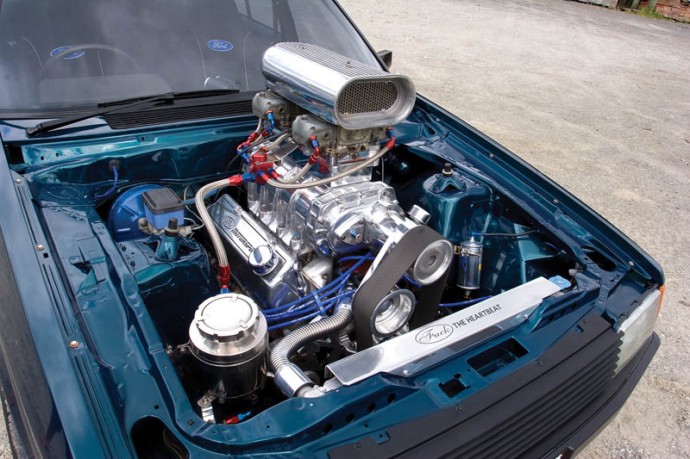 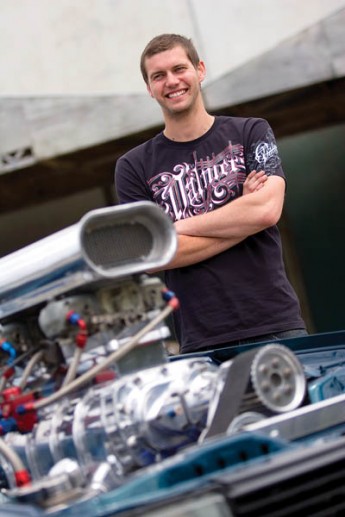