What Will The FIFA World Cup Schedule Look Like?

The 2022 FIFA World Cup will be unique for a number of reasons. For starters, it will be the first to take place in the Arab world and just the second held in Asia throughout, while it will also be the last to involve just 32 teams, with the tournament set to expand to 48 in 2026. France heads in as the reigning champions and will be out to prove they are as good at producing footballers as they are at producing wine, but there are a number of teams waiting to dethrone them, testament to the unpredictability of the sport. Brazil, England, Spain and the Ronaldo-led Portugal will be right there with the French, while the 8/1 odds for the German team winning the World Cup suggest they are a live chance too. In order to achieve that goal, these are the various stages they’ll need to get through. 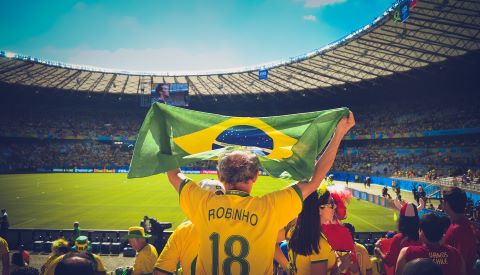 As always, the Group Stage will see all 32 teams split into eight different groups of four. In this stage, which kicks off on the 21st of November, each team will play the three others in their group on one occasion over the course of a little over a week. As for who advances out of this stage, it’s pretty straightforward - the top two from each group make it through to the Round of 16, while the bottom two are eliminated.

Teams are obviously ordered based on their win/loss record, with three points awarded for a win and one for a draw. If two teams are tied for points, as is very possible given each team plays just three games in this stage, then goal difference will be used as the first tiebreaker. If they are still tied after this, then the team with the most goals will finish higher, and if they still remain deadlocked, then the team which accumulated the most points in games between the teams in question gets the nod. That should be more than enough to sort them out, but if somehow it isn’t then red and yellow cards are factored in too.

In this round, and in the rest which follow, a drawn game results in 30 minutes extra time being played. If scores are still tied following extra time we go to penalties, with the best of five declared the winner. This has made for some quality matches in this round in recent years - who could forget Russia upsetting Spain after a 1-1 draw went to penalties in 2018, or England just avoiding an early exit in the same vein against Colombia?

The quarter-finals take place over just two action-packed days beginning on the 9th of December. The intensity goes up a notch for these matches, with a highly coveted spot in the final four of the world’s biggest tournament up for grabs, and teams ranked in the top ten regularly coming up against one another.

After these matches are completed, there are a couple of days respite before the final four are thrown back onto the field for the semi-finals. The first of these games will be played on the 13th of December at Lusail Iconic Stadium, an arena being constructed for the World Cup with an expected capacity of 80,000. The following day, the second spot in the World Cup Final will be up for grabs in a match at Al Bayt Stadium, another new ground which is intended to hold around 60,000 people.

Which will leave us with two. The World Cup Final will take place on the 18th of December at Lusail, but prior to that we’ll get warm up with the third place match the evening before. But of course, that game is just an appetiser to the main course that is the final itself, when upwards of 1 billion people from all around the globe will switch on their TV sets to see who is crowned the winner of the 2022 Qatar FIFA World Cup.