Hobbies you will love as a sports fan

Many choose their favourite sports teams for endearing reasons – perhaps based on the city they are from, the team a parent supported or the fact that they just like the mascot. Once a fan picks a team, many form lifelong bonds with that franchise – promising loyalty during every tournament win, and more importantly, every losing streak.

Whether it is during the season, the playoffs or the yearly break, many different hobbies exist that fans can adopt to stay involved with and support the team. There are obvious ways to do this, like buying tickets for individual games or the entire season, or following the team on social media. 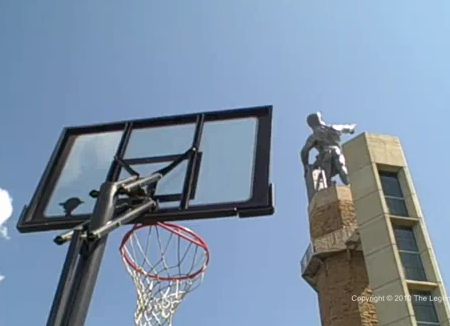 The fraternity that develops around a team is a major draw for most, and watching the game with fellow fans at home, at the local pub or in the stadium is a really exhilarating experience. While going to the games is great fun, attendance is not always possible. In those cases, there are multiple other hobbies that sports fans will love.

One of the classic hobbies for enthusiasts is collecting sports memorabilia. Memorabilia can include more typical items such as trading cards, jerseys and accessories. However, it also includes truly random collector’s items, like car seat covers, shoes and desk knick-knacks.

Memorabilia also varies significantly in price, with the most expensive trading card ever sold at auction being a 1909 Honus Wagner American baseball card, which sold for US$6.6m. While there are some “big ticket items” that many desire, most collectors are amateurs who just really enjoy the chase and the hunt for fun items.

The best part of collecting memorabilia is the ability to determine the parameters of the collection. Some decide to focus only on one team, in one sport. Others who live in big sports cities might collect for all the teams hosted in that town. For example, Chicago, USA, has several professional sports teams, including the Bears (NFL), Blackhawks (NHL) and Cubs (MLB). Residents of Chicago typically support all the teams and therefore have collections that incorporate all of them.

Other parameters for collections can include a focus on a specific sport or a particular era. The resale price for vintage rugby jerseys can seem ridiculous to some, but others who love players of the 80s and 90s will gladly pay the asking price. Hunting for and collecting memorabilia is an entertaining hobby for all sports fans.

Regardless of how long you have been a fan of a team or a sport, everyone knows to what extent maths is involved. Movies such as Moneyball provide some insight into the world of scouting, stats and player prediction. However, every sport has its own set of expectations regarding speed, points and accuracy. Many fans have taken up the hobbies of sports trivia and stats analysis. Some can rattle off the stats of their favourite players with the same ease that others remember their children’s names.

While this knowledge is useful to win arguments with friends, others take advantage of their statistical analysis and join fantasy leagues or sports betting websites. These arenas offer a world of possibility for avid fans because they can surround themselves with like-minded individuals, learn the strategy and have a lot of fun.

Finally, there is a range of lifestyle hobbies that are sometimes the result of being a sports fan. One of the most important categories in the video game market is sports games, like FIFA, which attracts players from over 200 countries. On average, over 80 million FIFA matches are played daily, making it one of the most popular games in the world.

Considering gamers are able to customize teams, managers and players, it is no wonder that playing video games is a favourite hobby of fans. On the opposite end of the spectrum, there are those who are greatly inspired by the athletic ability of their favourite players and choose to adopt their workout routines. Some exercise to look like their sports heroes, while others love the sport so much they want to join a club or local team – and therefore need to be in shape to keep up. In either case, physical exercise is one of the best hobbies available to fans – seeing as it can be free and is very accessible to most!

While there are many hobbies for sports fans to participate in – from joining a club team or a sports betting website to collecting team jerseys – the most important thing is to have fun!