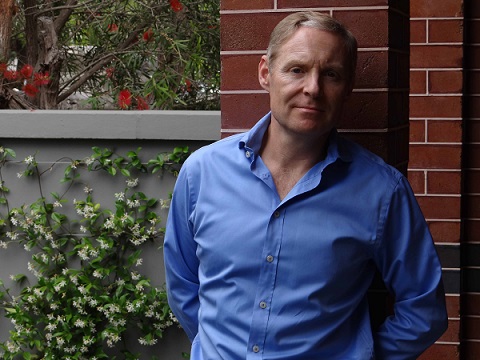 I’ve been a lawyer since before the internet, but not before the fax machine. I’ve been a barrister at the NSW Bar for nearly twenty years, and a silk for six years. Unlike Peter Tanner, the main character in Cyanide Games and The Burden of Lies, I don’t specialize in criminal law. I’m also not tall, dark, handsome or funny like he is. My wife wants to leave me for him. That’s one reason I’d like to keep the series going – just to see if she does.

When did you first develop an interest in writing?

I didn’t start writing seriously until I was about thirty. I was working for a big law firm as a solicitor when I decided to give it a go. I wrote my first novel during work hours. I forget now what client I charged my time to. It may have been a large insurance company, or a bank. Anyway, that novel was about – would you believe it – a big law firm that overcharges its clients, who themselves are all corrupt. It was called Hell Has Harbour Views. It was adapted as a telemovie by the ABC. The limitation period for defamation has expired, so I’m thinking about writing Hell 2 one of these days.

What is your book latest book Burden of Lies about? 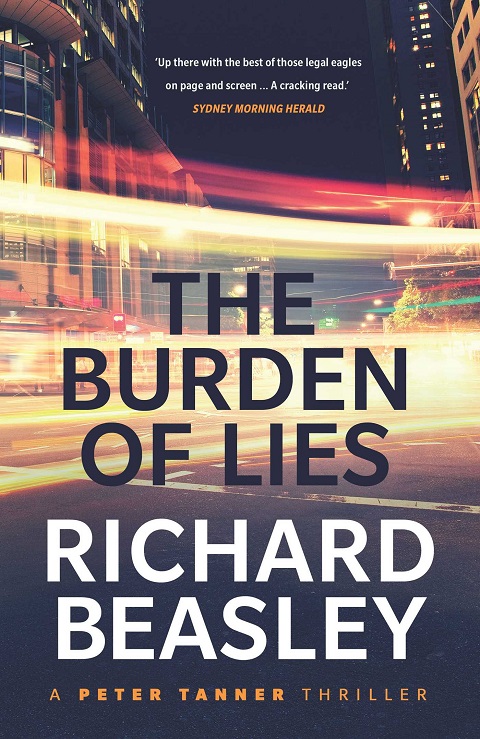 The Burden of Lies is about Corruption, Construction and Cocaine. Those are the three levels of government we have in Canberra and New South Wales. It’s also about a woman called Tina Leonard who was a high-flying property developer who’s accused of killing her former banker (incredibly, this is against the law in Australia). Peter Tanner is her defence counsel. The evidence against her appears overwhelming, but easy cases bore him. Obviously, I can’t tell you if she’s guilty or innocent. I’m not even going to tell you if ‘justice’ is served, because people have different ideas about what justice is.

Where did you get the inspiration for the books main characters?

Peter Tanner isn’t based on anyone I know. In some ways he’s who I’d like to be. I always fancied myself as a criminal lawyer, but no-one else did. Tanner’s got a very direct sense of humour, but he’s a seriously good lawyer, and there’s nothing flippant about the way he approaches his work. To some extent then he’s at least professionally based on the top criminal lawyers from any jurisdiction. Where he differs to a degree is that he does flirt with crossing ethical and even legal lines to get what he thinks is justice for his clients. I hope he doesn’t go so far over those lines that he’s not credible or likeable, but not everything he does would be endorsed by the Bar Association.

How do you go about writing a book? (Do you write a set number of words each day? When you feel inspired? Something else?)

I don’t write every day. I can’t. If I’m running a trial, it’s not possible to write fiction. There are times when I’m caught up in a trial when I forget I have children. My first book I wrote slowly while I was an employed solicitor. I wrote the second after I first went to the Bar, and wasn’t very busy. The last three I’ve had to write during holidays, or by saying ‘no’ to work, or by taking a few months off to finish a book. When I take that time off, I really focus only on the novel – it’s precious time.

Why do you think books and reading are still important?

Why are books and reading important? I’ll answer only by reference to fiction. All good novels, no matter what the genre, are about life. They’re about human experience. They enable the reader to reflect on that. I can’t think of anything that I haven’t gained a deeper appreciation of by reflecting on it. Novels allow the reader to contemplate life, and the characters that inhabit the book. They can broaden a reader’s knowledge or sensitivity about their subject matter. Novels can educate, and also entertain. All writers love books. They’ll always be important.