In my younger and more vulnerable years, my father gave me some advice. Always look for the best in people. Standing in a sanitarium, Nick vents his frustration of life in New York during 1922. The Jazz Age is in full swing. "The buildings were higher, the parties were bigger, the morals were looser and the liquor was cheaper." Rewording such an iconic introduction “The Great Gatsby” of Baz Luhrmann’s imagination devolves into ‘The Good Gatsby.’ While everything moves along nicely, there are fewer attempts to go beyond mere word recital-towards an honest assessment of each character’s strengths. 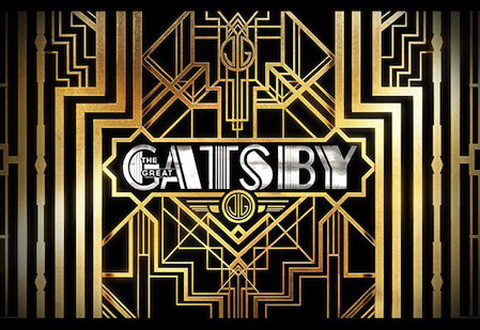 Based on Francis Scott Fitzgeralds masterpiece, Luhrman adapted the book to film on a 3:1 basis. ¾ of it remains true to source material, while another ¼ goes off on an imaginary whim. So anticipate a visual spectacle, an overly dramatic, humorous affair full of great original material from each character. The Jazz Age was brought to life. Stock market rises, wild extravagant parties, a complete disregard for authority, not to mention a huge decline in morality. Quick camera angles, sharp cuts and party spectacles all ignite the Jazz Age spirit.

Moments in the book that made it so thought provoking are not as prominent on screen. While certain sacrifices always need to be made to tell an effective story on screen, Peter Jackson and Ang Lee both succeeded in creating universes in which Lord of the Rings and Life of Pi’s characters thrive. Nick Caraway (Tobey Maguire), rather than communicating the story to us (the viewer), tells it to a psychiatrist. Nick on screen isn't as critical as Nick in the book. The Jordan/Nick relationship isn't shown at all. A younger Gatsby is more of a hero than a wise predictor of weather. Nick never meets Gatsby's father either. It seemed like Daisy was more innocent than Fitzgerald would have intended her to be. Some backbone quotes are also removed for no particular reason.

Character portrayals are believable. Daisy (Carey Mulligan) is not exposed as a selfish, cold hearted, materialistic woman. Instead the consensus is that she is simply stuck inside a love triangle. Unable to muster up enough courage to run away with Gatsby, her persona is more indecisive than fraudulent. The portrayal on screen is of a lady who makes a terrible mistake of reuniting with a long lost love. Poor Carey Mulligan tried very hard to convince us of the phony "voice full of money" but never quite got it right. Tobey Maguire gives a much more passive portrayal of Nick. Although that allows him to see better things in people, it makes the harsher criticisms he offers seem flaky. Joel Edgerton gives the most accurate portrayal of any supporting character, staying very true to tough “hulking...brute of a man” Tom Buchannan is. Elizabeth Debecki, Isla Fisher and Jason Clarke are good but they just do not get enough screen time or dialogue to thrive. Leonardo Di Caprio steals the show. Gatsby has to be suave, awkward, persuasive, as well as ambitious, yet also carry the second insecure, criminal and idealistically romantic identity. Di Carprio blends everything together smoothly. Too well? Not at all. His affectionate smile hides Gatsby's two faced personality. All the while, as the film moves and Gatsby's persona slowly begins to unravel.

The life lessons a person can take out of the film are chilling. Almost 90 years after the book was produced, here lies a film which warns about some severe moral dangers. Many young people still have an oblivious attitude towards the consequences of heavy drinking, endless partying, an incredibly futile fixation on materialism, in addition to idealism and the obsession with status. It all boils down to nothing. It all amounts to nothing. Gatsby couldn't care less about anything but Daisy. Are people in today's age willing to take heed and listen to the advice?

Gatsby gets a pass mark. Most of it comes down the excellent performances by Di Caprio and Edgerton, a visual extravaganza, complemented by a close adaptation of Fitzgerald’s initial story. While not great, it is certainly good “old sport.”