The real Franco may not be thisenamored by his "Pineapple Express" co-star, but his "This Is the End" character, who happens to be an exaggerated version of himself, definitely is.

Franco, Rogen, Jonah Hill, and Craig Robinson take us behind-the-scenes (clip above) of their apocalyptic comedy, into a world where Franco paints portraits of Rogen, Michael Cera is impaled by a lamp post, and Robinson sings vulgar love songs to Rihanna.

"This Is the End" tells the story of a bunch of celebrity friends trapped in Franco's Hollywood Hills home during a series of strange, world-ending events. The crew tries to figure out what's going on, how to survive, and how to keep their supplies safe from an axe-wielding Emma Watson.

"This Is The End" hits New Zealand theaters June 20th. 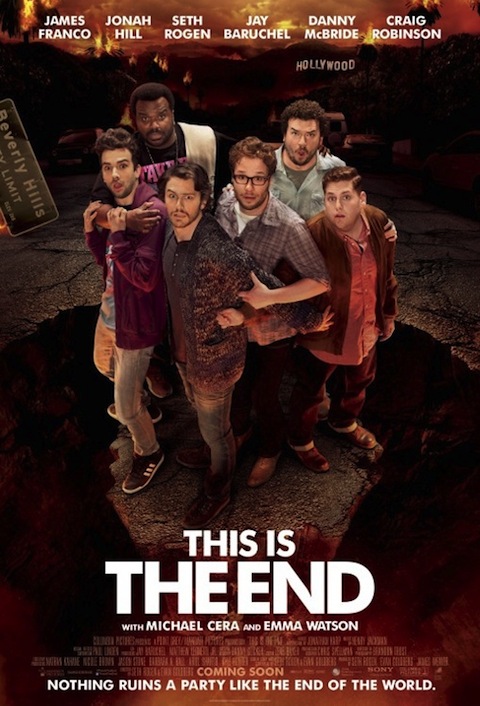