Kiwi actor Will Hall chats about acting, Lycra and his experience with Hello Sunday Morning. 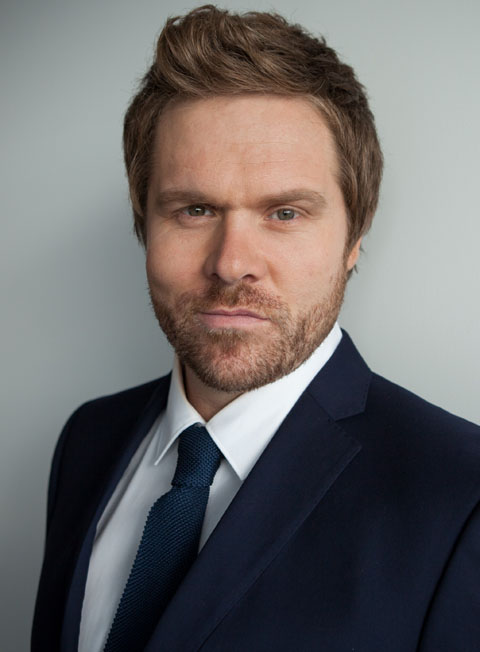 What is Hello Sunday Morning?

Hello Sunday Morning is an online community set up to provide a platform for individuals to create meaningful change in their lives by taking a short break from alcohol. By sharing their story, each persons' stand is a unique and essential contribution to a better drinking culture.

Hello Sunday Morning is a way for any individual to take a break from drinking and recreate the drinking culture around us. Since 2010 nearly 10,000 people have signed up to go 12 weeks or more without alcohol, and blog about their journey on Hello Sunday Morning.

I signed up because I'd been thinking about my general health and well-being for some time. I turned 30 and started to think I don't want to start feeling old and tired before my time. Looked at ways I could prolong my energy and excitement for things. Cutting back on drinking seemed like an obvious choice. Then Hello Sunday Morning approached me about coming on board as an Ambassador. I was already a few months into testing my sober legs. So it was a no brainer. Although I must admit I'm not the best at online blogging. Sometimes I need a kick up the arse for that. However I do really enjoy reading about other people’s journeys.

How has quiz night changed since you jumped onto the Hello Sunday Morning wagon?

My fortune at Quiz Nights has been unbelievable since jumping on the Wagon. Since October I've never finished no lower than second place at Quiz night. Although I'm yet to finish any higher than 2nd either. I've been in a tie breaker situation twice. Not bad. Although I should point out that the two star players on my team Nick Ward (Writer of Nothing Trivial) and Ben Barrington (Grand-dad God from Almighty Johnsons) are always drunk.

What have you been doing on your sober Sundays?

Sober Sundays have been fun. Lots of Beach time this season. Time at Long Bay in Auckland. Mount Manganui and Sumner Beach in Christchurch.

The beach without a hangover is so easy. You get in the surf because you want to not because you're dying, need a wash and need to wake yourself up. There's also been less need for the fry ups to soak up all of last night’s alcohol. I've also developed a taste for yogurt and sawdust.....I mean muesli.

Has Lycra become an important part of your wardrobe?

Not yet. Although I have got myself some skins. Canterbury Clothing Company were kind enough to contribute to my new wardrobe. When they read that I had a fear of Lycra, they came to my aid and have delivered to me a set of non-threatening Lycra skins. I'm looking forward to wearing these and scaring the masses this coming winter.

What can we expect on Season 3 of Nothing Trivial?

Season 2 of Nothing Trivial was very enjoyable to be part of. It was great personally because I got to explore my character, Cory's life outside of Pub Quiz a little. We got to see him at his job, getting fired from his job, handling pigeons, getting on the piss, getting the shit knocked out of him, eating out, dusting himself off, wearing Lycra, going for a jog, getting nude, going for a swim and running a marathon. All in that order. It was a lot more fun for myself as an actor to get out on location feel the sand between my toes and skinny dip at Muarwai Beach on the shortest day of the year.

As for Season 3. I hope he keeps rubbing people up the wrong way. I like the fact he's an unashamed cock. It's fun to play with.

What's a television role you won’t turn down?

I’ve turned down a lot of roles;

The Fonze on Happy Days

Before deciding  Dr. Kip Denton on Shortland St was the right one for me.

What advice would you give a budding actor?

Enjoy yourself. Work your arse off. Do as much as you can while you're young cause as you get older you'll find you have less time and less patience. Read lots. Watch every movie you can. Get a mentor. Be sure it's what you want to do. Potentially do something else. Save yourself from the agony and ecstasy of this industry. MAKE YOUR OWN WORK! Don't let it be everything. Have other things to do. Play golf. Travel. Remember that it won’t always pay the bills sometimes you may have to take work as a Glamour Model just to make ends meet. 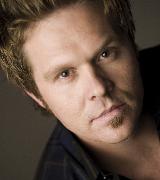 First up in 2013, from March 23rd - April 20th, appearing in the role of Mike, in Mike & Virginia at Circa Theatre in Wellington. It’s a romantic comedy about Romantic Comedy Movies written by the very funny duo of Kathryn Burnett and the a fore mentioned Nick Ward.

Then straight into a third season of Nothing Trivial for Cory (Fingers Crossed!). Hopefully another guest role as myself on Auckland Daze and avoiding work as a Glamour Model!