Key and Peele chat to Get Frank's Stuart about their second season, now screening on Comedy Central, Monday's at 10.05pm. Best known for their impressive ability to do improv and conjuring up original characters and celebrity impressions, ‘Key& Peele’ provides a satirical take on race, pop culture and politics. 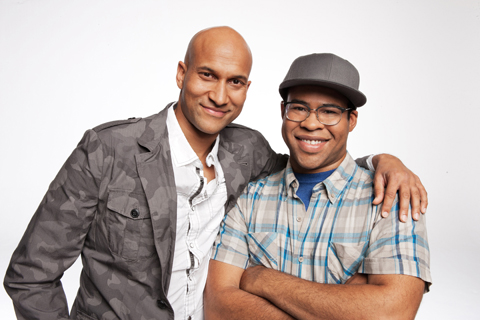 When did you realise you had a talent for comedy? Was it something people noticed in you when you were young or was it something which came out later on?

Peele: I was a shy child. Even today, I didn’t think I’d pick myself out as a comedian. I was never into attention; more into drawing. But from a young age, I could do an impression of Ronald Regan. You need a lot of pain and rejection to be a good comedian.

Did you find your role on MadTV helped to refine your sketch comedy and help pave the way for you when you started ‘Key and Peele?’

Yeah. It took us a while to figure out what our voice was. Right now we’re working on our third season as you’re receiving the second season. We’ve been working on this show since 2010. Being on a different sketch show to start out with from 2005-2008, it took a while for us to decide if this style of comedy is what we want to do. Each time, questions were asked. Is this to mean? Too soft? Too silly. So we began to refine it and refine it until we got it right where we wanted to be.

Many of your skits have proven to be very funny. How much of your sketches are scripted and how much is made up on the spot?

Probably 96% scripted. First season especially. It was word for word. A lot of work goes into the writing process. We write a lot of sketches and only pick out a few. In the second season, which you guys are about to see, I think you’ll notice there’s a little more looseness, some more improvisation. About 90% is still scripted. Part of our voice is something known as the comedic game. So it’s something which surprises you or catches you off guard. So we wanted to have more of that kind of stuff happening.

Are you able to give GetFrank readers a sneak peek into some sketches which are in season two?

There is a piece about Chris Brown and Rihanna. There’s more Obama. Another part of what makes our show unique is being different. So, with this season, we wanted to differentiate our comedy as much as possible from other shows; especially the show we were on before. MadTV was quite impression heavy and recurring character heavy. Those were two elements which we try not to overdo. Our goal is to try and make scenes which people are able to recognise from real life, where you haven’t quite got the words for a setting. 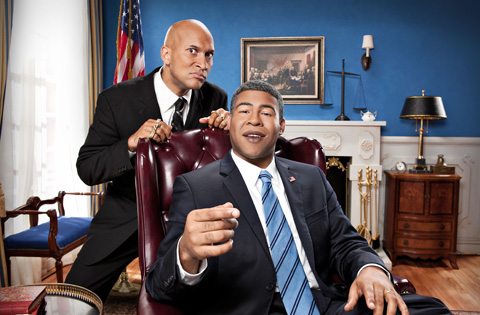 One of our favourite scenes from this season is about the music style dub step. Do you guys listen to dub step?

Key: Yes, it seems to be very popular here.

Peele: Yeah. So I’m showing Keegan dub step for the first time. It explores all sorts of camera tricks, which almost takes you into another dimension, the way they feel when you listen to dub step for the first time. Eventually, Keegan’s teeth are falling out. We don’t dabble as much in parody, as we do in observation. Unlike the show we used to be on, where we did a lot of celebrity impersonation, in ‘Key and Peele,’ we do it when we feel we are able to portray a larger social point or a larger political point.

With your commitments to the show, how often do you have the opportunity to perform live?

We performed over the summer at Universities. But now that we’re smack bang in the middle of the writing process, the time is just not there.

Once we are done with the writing, going on tour may be an option. For now though, it’s all about the writing process.