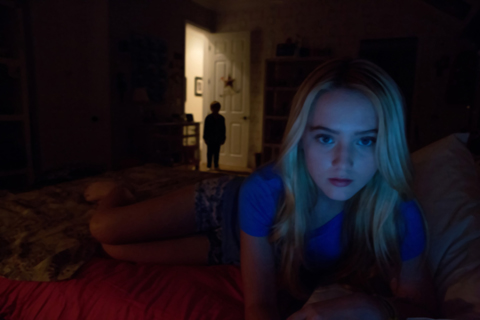 Were you a big fan of this franchise before you became a part of it?

Yes, I was. I went to see every single Paranormal Activity movie with all my friends. And I always thought they were real. I had to close my eyes in so many scenes, it really scared me.

How did you get involved?

I got an audition for a movie called “Doubledecker”. There was no script it was all improv. Everything was a big secret. Then I met with the casting director, and we did an improv scene with me in a car wreck. And I guess I didn’t play the scene like most other actors that auditioned for the part. And that’s how I got the part.

What is it like on the set of a horror movie? Is it tense, is it relaxed?

First of all I have to tell you that I had the time of my life. It was so much fun. We were always joking around. We filmed it in a house, so it really felt like we were having the best summer ever. There was never a boring moment in that house. I have no idea how this movie turned out to be so scary.

Do you have a favorite scene?

I really love the scene where my best friend in real life is in a scene with me. Her character’s name is Sarah. We played on the X-Box. It’s a short scene, but I just had a blast with her.

Do you get scared easily?

I get scared very easily. I am the biggest scary cat alive. To be honest though I really learned how to ride the horror-wave. And I feel quite comfortable in this genre now.  But I do think I will always go back to comedy as well. 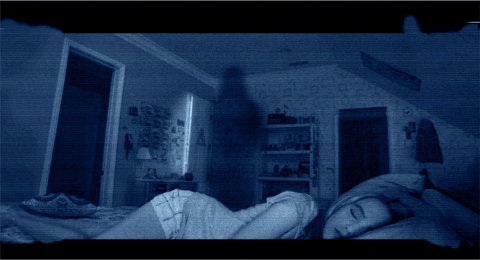 This franchise is a very successful one. Why do you think that is?

It’s successful because it’s real. People can really relate to it. And this is really a franchise made for the fans. Without the fans these movies wouldn’t be a franchise. It’s a psychological thriller. And if you believe a little bit, it will stay with you forever.

I am curious; do you feel that way too, even though you are a part of the movie?

Yes, absolutely. I went to the midnight screening of this film like I did for every single one of the Paranormal Activity films before, and my friends were texting me afterwards that they thought somebody was in their room. Some of my friends slept with the lights on. I mean, really, this film will get under your skin.

Is it because everybody at some point has been home alone and felt that something is just not right?

Yes. Everybody has felt vulnerable in his or her house alone at some point. Take the bathtub scene for example; if that doesn’t scare you I don’t know what does. Every single bathtub is going to be haunted for the rest of my life.

Do you believe in paranormal activity?

I definitely do. It’s hard to say there isn’t anything out there. There are so many people out there that believe in that kind of activity. If they didn’t, there wouldn’t be hope for a movie like this. Everybody wants to know more about it.

Tell us a little bit more about yourself.

I was four years old when I started acting. I was on a soap opera called “All my Children” for five years in New York. And then I got other parts in other movies. And I play a lot of golf as well.

Yes, that’s my other big passion. I am pretty good, and I even consider going professional. I am a 1.5 handicap. I was supposed to play a qualifying tournament for the US Open, but then the shoot for this movie came up.

Where do you see yourself in five years?

Hopefully at UCLA. They have a good golf, and a very good film program.

What do your parents think of you being in a horror movie?

My dad thinks it’s really cool. But he freaked out when he saw me in it. I think it was just a little too much for him. And my mom tried to look at it more as an art piece. I think that helped her not to get too scared. She was on set a lot, but she had to leave because she just couldn’t see me getting tortured and hear me scream. It was too much for her to handle.

Do fans come up to you yet?

People do come up to me; I think it’s cool that fans identify with this film so much. I was overwhelmed in a good way. I can’t believe people love this movie so much.

And I guess you already have a plan B in case the acting doesn’t work out, right?

Yes, I will continue to try both, acting and golf. Maybe both will work out. That would just make my day.