Hardcore Pawn screens on Wednesday nights at 9.30pm on The Box. Stuart Macadam chats with the owner of Detroit's biggest pawn shop, and star of the show, Les Gold, and his son Seth Gold. 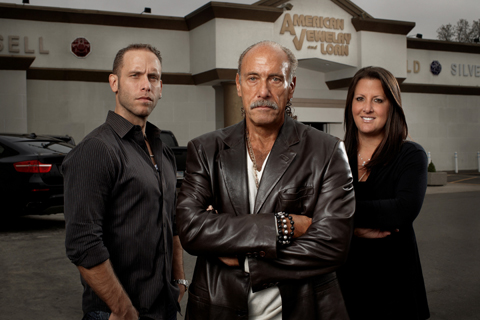 When did this show begin take shape?

Les: A production company was in Detroit. They came by my shop and they saw the people in our store and what we were doing. And they saw Seth and I and thought “wow, this would be a great TV show.” They called Seth back and asked him if he was interested in doing the show. While Seth said heck no, I said heck yes let’s do it. That was back in 2009.

What about the show made you reluctant to do it Seth?

Seth: I make decisions relatively conservatively. My aspiration was always just to be the hard worker. The production company called me first and I said no we’re really not interested in doing the show and hung up on them. When I went into my dad’s office he said “Seth let’s just do it. How big can it get?” Now we’ve filmed just over 100 episodes and now airing companies outside the United States.

A notable factor about the show is the continuous energy which you and your family display. Why is this?

Les: I love what I do. The emotion of passion which people show allows everyone to keep involved in the store. A Lot of the people who see the show say “I see the love and compassion you have for the customers.” The rivalry benefits us.

Has the television show increased the awareness of your store? Is business booming?

Seth: Yes. No doubt. The people who come through the door are our main point of business. People are now coming in through the door in larger numbers than they were before the show began airing.

Many people come into to your store and tell a lot of lies. How often is this happening and why is this?

Les: Lies are a common occurrence in the shop. People who come into our store are desperate. They over exaggerate the reason they need the money. One important element about training the employees is leaving any emotion at the door.

What items are quite common which come through on a regular basis?

Seth: There is a lot of jewellery coming through, a lot of watches and rings. Also, a lot of personal entertainment devices like X-Box’s and other video game consoles come through the door to be traded. 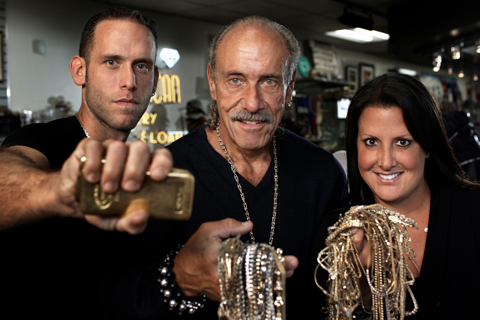 Are there any items which have taken you by surprise?

Les: There are so many unique things. You’re going to see some very strange items. One man took of his prosthetic leg and put it on the counter to sell it. Another man, who had been hurt in a manufacturing incident, came up to the desk one day with nothing in his hand. When we asked him what he wanted to sell, he proceeded to pop out a fake eyeball.

Reality shows have a lot of writers these days. How is yours different?

Les: Here’s how our show works. My store is open 9.30am-6pm, six days a week. Wearing a white shirt and putting on a microphone every day is about the only scripted parts you’ll get. After that, the cameras are rolling and pick up the strangest and most unique situations which happen in day to day business. As they say in America, you aint seen nothing yet.

Are there many in store quarrels with angry customers?

Seth: You see a lot of people in a day. Every day we give out a thousand loans. That’s a thousand customers. When people become desperate, they’ll do whatever is required to generate a reaction. If problems persist, our security guards come along to escort these people out.

What do you believe has made your show so successful? What has given it the X-Factor?

Seth: It’s about reliability. A lot of our viewers may not be able to relate to the customers who are broke or in poor financial position; but they might have a sister like mine or a dad like mine who can relate to some part or aspect of the show.

Hardcore Pawn screens on Wednesday night at 9.30pm on The Box.