You may know him as Mr Asia, but we can tell you actor Dan Musgrove is much more than a pretty face with a mean streak. The man can sing, do a wicked Scottish accent and, wouldn’t you know it, he’s stellar at writing comedy (having penned the hit play Christ Almighty! which was nominated for best play at the 2010 SWANZ awards and even been a gag writer for Super City). 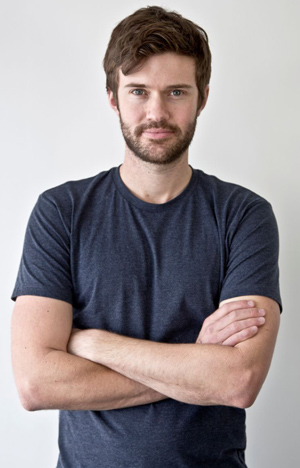 Throughout November he’s picking up a guitar and joining fellow actress Aidee Walker (everyone’s fave short skirt wearin’ Outrageous Fortune Croatian, Draska) on stage for Silo’s last production of 2013; Midsummer A Play with Songs which kicks off Friday 25th. But don’t be put off by the words ‘with songs’...this ain’t no musical.

In fact, you could call it an indi-lo-fi anti-musical. There will be no kick-ball-change and jazz hands here...

Good afternoon Dan – first of all, what’s your karaoke speciality?

Hi! I avoid karaoke at all costs!  But I have attempted Ice Ice Baby by Vanilla Ice on more than one occasion.

You’re involved with Midsummer, which we hear entails a lot of singing and even picking up an instrument – how has it been not only learning lines but lyrics and chords?

There certainly has been a lot of extra stuff to learn.  It means we have to put the hours in outside rehearsal.  But it’s an exciting challenge.

Most of the music in Midsummer is either you or Aidee (Walker) playing direct to the audience; have you experience doing this before?

I’ve created a handful of comedy shows over the past few years so I’ve had a bit of experience seeing wide-eyed faces in the darkness.  It’s always scary.  But good scary. 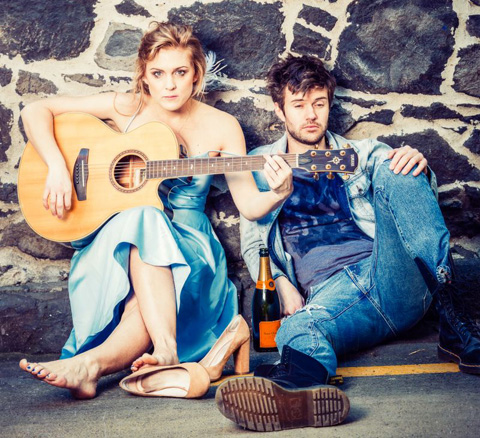 Growing up – did you want to be an actor or a rock star?

Initially an actor.  Then whilst I was at Uni I had one summer where I decided I was a muso.  But my hands are too small to be a rock guitar god.

The music was written by Gordon McIntyre of Scottish group Ballboy – did you familiarize yourself with their work before picking up the guitar? Did you instead put your own spin on the songs (a New Zealand accent perhaps?)

I listened to a couple of their albums and really enjoyed them.  It’s very raw and quirky and I think that lends itself well to this show.  We’ve tried to retain the essence of the songs whilst bringing our own touch.  And we’re singing in Scottish.

Have you strummed the guitar before? Whether on stage or even at a party?

I’m sure I have.  I’ve played family BBQs and in a couple of comedy shows.  But this is the biggest guitar job I’ve had by far.

Has the prospect of playing to a live audience in this production perhaps enamoured you further into playing music? Whether it be on stage or as a hobby?

I think I’ll always pick it up and play for fun.  But I don’t have any plans to form a band any time soon.

Bob in Midsummer is very much a bottom-feeder of the criminal world.  Marty was a king pin.  But I think they had a similar issue with the excesses of life.

You’re now going to be seen in Beyond The Edge, about Tom Bourdillion – the man who came close to being the first to climb Everest. It seems the characters you all portray have likeable characteristics juxtaposed with the situations they face. What draws you to these roles?

I’m always excited about playing characters who are vastly different from myself.  And ambitious characters are always fun  - people who put it all on the line to achieve their dreams.

One last question - how often do you get people coming up to you thinking you  can “sort them out” so to speak since finishing Underbelly?

I very rarely get mistaken for a drug dealer, but maybe if I chucked the Marty wig on I might look more conniving.