Bravo is more than just a book.  It is a sentinel tool that will help ensure we will not forget what work New Zealand’s military have done in Afghanistan during New Zealand’s deadliest tour since Vietnam.  Major Craig Wilson, RET, NZGD wrote this book highlighting the realities of service whilst recovering from being shot and planning his new life with a disability.

Despite the rigorous training and meticulous preparation the significant risk our soldiers experienced in the harsh and unforgiving big Afghan terrain could not be more clearly presented than in Craig’s notes and reflections.   Threats, battles, boredom and dodgy bowels all played a part in the soldier’s deployments.

Photographs make the book come alive as the reader can gain an appreciation of the power of IED strikes and the risks foot patrol soldiers took on trying to keep themselves and others safe.

Diagrams of The Battle of Bagdad transposed onto satellite imagery highlight the undeniable heroic efforts of New Zealand Soldiers against insurgents. 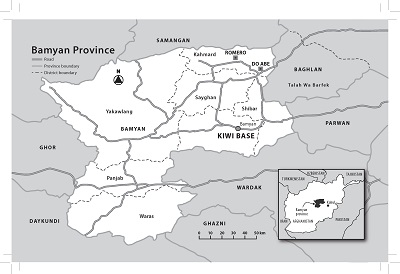