Comic books provide an important role in democracy as their lampooning can broach topics and start social change with a wry smile. 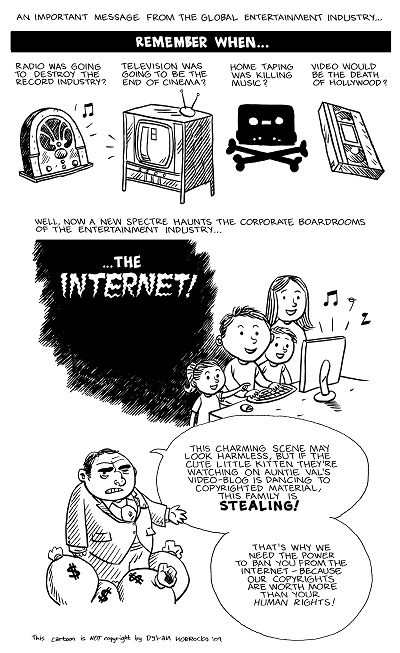 'By the end of the week it had been translated into several different languages, viewed by something like nine million people...'

From Earth’s End: The Best of New Zealand Comics is a large, boldly illustrated, 448 page, soft cover colourful illustrated history of the cartoonists and cartoons that have been created in New Zealand. It showcases the, simple and satirical humour, education, escapism and entertainment comic books provide.

Able cartoonist Adrian Kinnaird has compiled an impressive collection of biographies and examples of work from 30 cartoonists ranging from the 1900’s to today. Genres covered include, Action, Thrillers and New Zealand History. What is constant with the cartoons is that they while they are easy to digest; they are a labour of love to create.

Environmentalism is a popular theme amongst the New Zealand cartooning community. The adventures of Captain Sunshine as recorded in all their glory by Colin Wilson in 1979 showed that New Zealand had the talent to produce world class comic books. What was lacking was a significant capital investment to make the Comic Book a sustainable business venture in the long term. 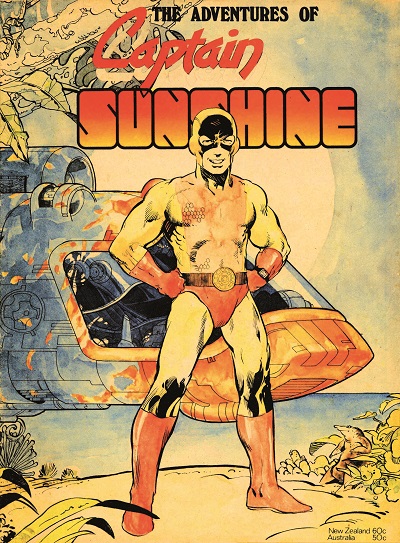 Artist Chris Slane recalls that when was using new Digital Colouring techniques in 1996 to create Maui: Legends of the outcast…

‘It was a very slow process; it took up to a day to color each page – a single color bend could take 10 to 15 minutes to render-during which time we would go and make a cup of tea”

Tim Bollinger was awarded his Doctoral Degree from the Politics Department from Victoria University.  He has used his calibre as a cartoonist to draw attention to the Anti Bi Pass movement he was part of in Wellington. Bollinger’s vibrant use of colours, succinct social commentaries combine to make cracking comics. 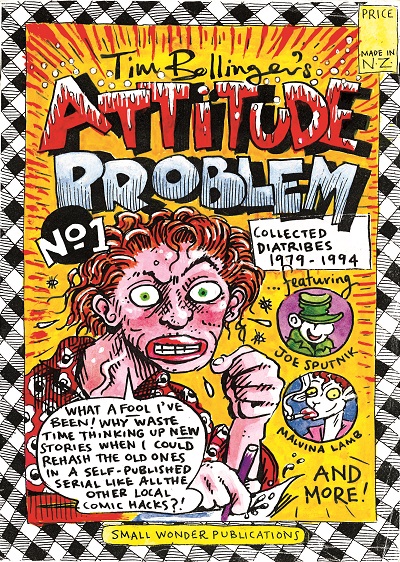 By showcasing the best of New Zealand Comics this book is an important recording of the history one the most innovative and risk taking parts of our publishing sector. It is a very useful resource for aspiring professional graphic designers who want to learn from the creators of comic books from the End of the Earth. 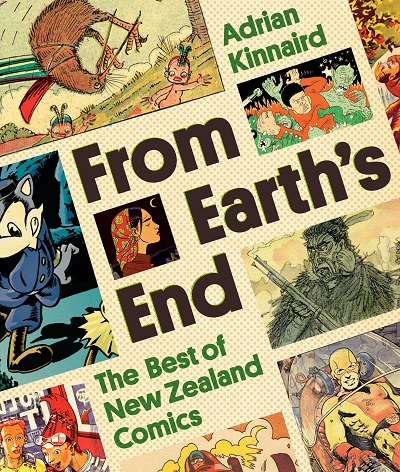