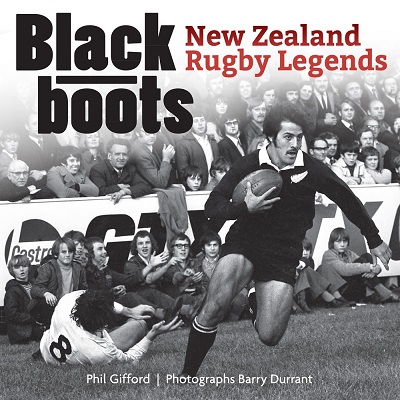 In the good old days of Rugby players trained on the farm and were tested through long tours, with little remuneration to boot.  Rugby Journo Phil Gifford must have had a fair bit of fun putting captions below some of our countries most iconic footy photos by Barry Durrant.  Barry was the Chief Photographer for the Dominion in pre-1995 non-professional rugby era.

Those that love our National Game will undoubtedly get a kick out of learning more our AB greats and the tricks, trials, triumphs and controversies that occurred on their famous and infamous tests and tours. 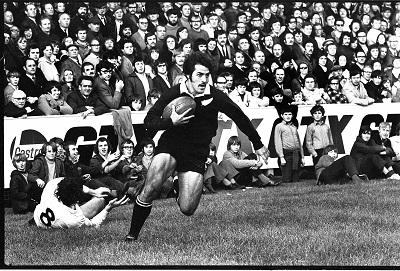 All Blacks vs London Counties | London, 1972

Bryan Williams, later the president of the New Zealand Rugby Union, and knighted in 2018, was a 21-year-old law student when he scored this try against London Counties at Twickenham in 1972, in a 24-3 All Black victory. He’d travelled to Britain with a carton full of law books, and sat four papers under supervision at Cambridge University for his law degree. His London Counties try came from a cross-field kick by another graduate, Bob Burgess, one of the very few All Blacks with a PhD.