Get Frank chats with Leigh Hart, TV personality, and producer of MTV's Olympico - A ‘one-stop-shop’ for all your Olympic coverage, sexual health advice, and comedy needs! 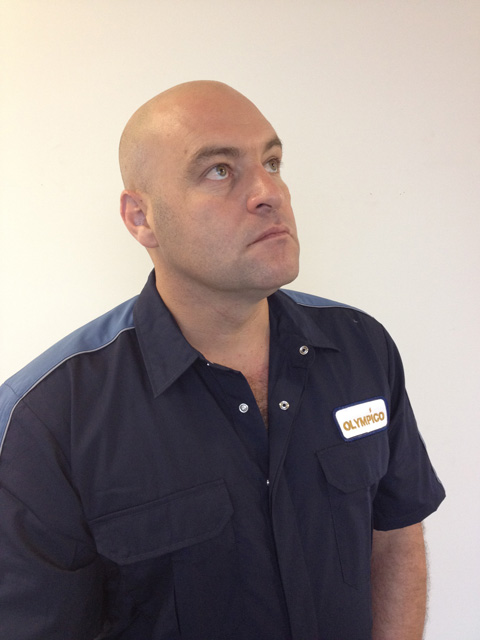 If you were stuck on a deserted island and could choose three people to be stuck with, who would they be and why?

Bear Grylls, Bear Grylls wife, and Scarlet Johnason (with his wife there would be less competition).

Speed Cooking has now gone international - have there been any injuries sustained in the filming process?

There have been some blender rash and temporary retina damage from an exploding flour bag.

Who is the greatest Kiwi of all time and why?

If your path hadn't lead to comedy, where do you think you would have ended up?

It would still be in TV/Film perhaps drama.

What are three things we may not know about you?

My real name is Christopher, I am colourblind, I worked on the Channel Tunnel.

In a movie of your life, who would play you?

You look like you've been bald and white for some time. If a man appeared at your doorstep offering instant hair or instant tan, which would you choose and why?

Instant tan as I have a wide range of toupess for all occasions.

What do you think it takes to get over one million views on YouTube?

Just a video that more people like than dislike.

You spent a bit of time in the South Island and went to school in Christchurch - how has the earthquakes and subsequent change in the city affected you?

It has made me think a lot more about some of the people I know and the randomness of life.

What quality do you most admire in others?

What is your most valued possession?

Not that he’s a possession but Bennie my Beagle.

What is the funniest thing you have ever experienced?

Losing complete control with a work colleaugue while pitching yellow page adverting to a board of a medical clinic. We entered, burst into hysterics for approx. 5 minutes and then simply left and drove off. It was just one of those moments.

Describe the feeling of being the face of NZ Bacon & how that affects your waist line?

It feels fantastic! It has had only positive effects as I turned down being the face of Cheese to do it.

If you could have one superpower, what would it be, and why?

The power of negative thinking (would be great if that worked for a change as well).