Having joined Doctor Who in the fifth series, Arthur became a regular character in series six and is now set to make his departure alongside onscreen wife Karen Gillan in episode 5. Here he shares his favourite moments, monsters and how you can make Karen scream! 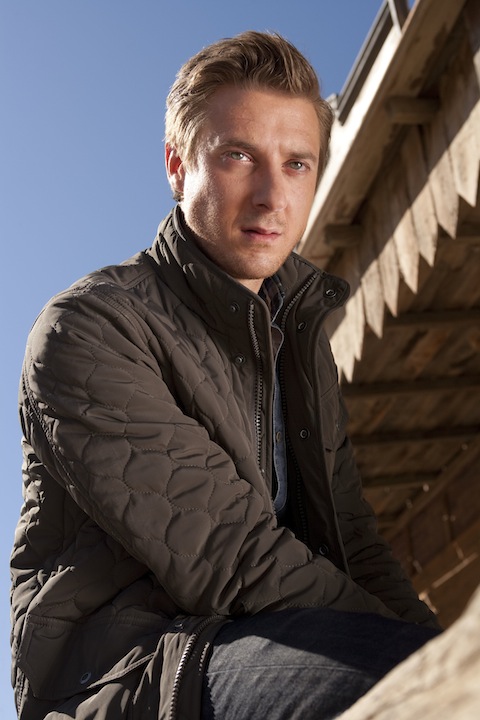 “Rather wonderful, the great thing about Doctor Who is that italways tries to better itself and that has really happened this series,”  Arthur is talking fondly about the upcoming series, “it feels like a movie!”

“What is fantastic is that the Daleks are actually scary in this episode,” continues Arthur as he gives his thoughts on Asylum of the Daleks. “It was quite an odd experience being on set that day, not only because of all of the Daleks, but because there was generally a lot more people on set as they were so excited about what was about to happen.”

“Such an amazing title, but to be honest I wasn’t sure how they were going to do it, getting Dinosaurs on a Spaceship! But that episode is made extra special with Mark Williams playing Rory’s dad, he was just hilarious, so lovely and just a funny guy,” remembers Arthur. With one of the biggest sets ever built to house the prehistoric creatures, Arthur exclaims, “The dinosaurs were huge, going on set was like walking in to a massive aircraft carrier.”

So with Amy and Rory’s relationship in a slightly sticky situation in episode 1, how did Arthur find that to play? “Every relationship has their rocky moments,” Arthur explains, “but it was quite fun to play out a problem in their relationship and it shows a different side to both of their characters and makes them more real. I think that was an important side to show.”

“I am always terrified when Karen picks up anything! Of course there was a guy there to make sure it wasn’t loaded.” In episode 3, A Town Called Mercy, we see the Doctor and his companions in a western themed setting, where Amy Pond gets her hands on a weapon. “But Karen is better at these things than she pretends to be, even though she looks like she is made of spaghetti!”

“I am a huge fan of westerns, me and my dad used to spend Sunday afternoons watching them, so it was kind of like living out a boyhood dream, filming in Almeria where so many westerns had been shot.”

Along with Karen Gillan, Arthur makes his exit in episode 5, but before we get to that heart-breaking ending there is glimpse of the Pond’s everyday life in episode 4, a side to the couple that hasn’t previously been explored.

So what does Arthur think about his exit? “Just brilliant, he exclaims, I was really happy to go out in an episode with the Weeping Angels. They are a relatively new monster, but Steven immediately made them a classic. I think they are one of the scariest villains within Doctor Who and episode 5 is very creepy,” he hints.

Are there any other monsters that Arthur favoured? “The Silence were pretty good, they look scary. Along with the Weeping Angles they have a psychological effect. Steven is good at writing those, making quite terrifying television!”

We know Matt is fond of pranks on set, but did Arthur also torment Karen? “During down time on set if there was a lull a great way to entertain yourself was to tell Karen that a moth was flying around her head. She would literally go mad, flinging her arms around and screaming, it was hilarious! She hates anything with wings!”

“The people, it is such a big family”, Arthur is explaining what he will miss the most about the show. “But me, Matt and Karen still chat every few days and meet up when we can. The great thing about Doctor Who is that you get to work with the best of the best. It has been such a fantastic adventure and I hope everyone enjoys the remainder of the ride.”