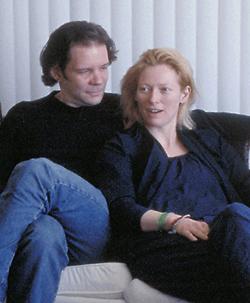 Steve Kurtz is an artist, a founding member of the Critical Art Ensemble and a Professor of Art at the University of Buffalo, NYC. In 2004 he and the CAE, which included his wife Hope, were working on an installation for MOCA  that looked at the ethical issues of Genetically Modified Organisms used in foods and the fact that in the US there was no legal need to label products telling people that they may contain GMOs.

One day in May he called 911 after he awoke to find his wife of 27 years dead. (It was congenital heart failure). When emergency services arrived, they saw a variety of petrie dishes and basic scientific equipment in the apartment and called the police. Kurtz was then detained without charge on "suspicion of bioterrorisim". Shortly after, he and Dr. Robert Ferrell, Professor of Genetics at the University of Pittsburgh Graduate School of Public Health who served as an advisor to the CAE,  were charged with various mail offences related to the way they had ordered and received legal materials for the installation. Under the USA Patriot Act the maximum possible sentence for these charges has increased from five to twenty years in prison.

It's worth stressing that all materials Kurtz and Ferrell had ordered, used and owned were/ are still freely available online and are all completely legal. And that's the point this film makes - can a govt create charges to punish an artist because of his art? Where does Freedom of Speech end and threat to public good begin? And who decides? 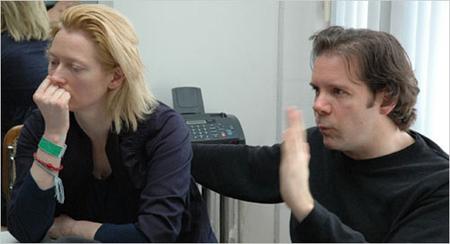 Featuring Steve Kurtz himself as well as Thomas Jay Ryan playing Steve Kurtz (very tricky legal aspects came into play making this) and Tilda Swinton as Hope, this film clearly and concisely explains the facts and that tragedies of this still ongoing case. A political call to arms for many it's a credit to the writer and director, Hershman-Leeson that amongst all the politics, you are still very much aware that a husband lost the love of his life much too soon, that he was not allowed to grieve and it's that loss and enduring love that colours everything still.