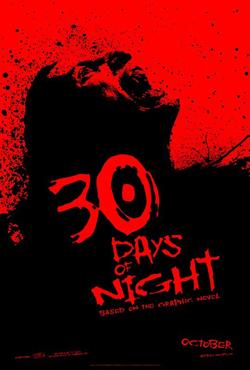 If you are a vampire, it makes sense to go where there is not much sunlight. Even better – go somewhere there is no sunlight at all. Somewhere like Barrow, Alaska – the most northern town in America, where every winter the sun sets for a month of darkness.

You would have any number of advantages over the folk who live there and could pick them off one by one. You wouldn’t have to limit yourself to the standard two puncture wounds either, you could rip out their throats, feed on their entrails and decapitate them. You don’t have to dress fashionably like the vamps from Blade, nor wipe the blood of your victims from around your mouth.

But know there will always be a knot of people who defy you, usually led by a gung-ho law type (in this case, Sheriff Eben Oleson, played by Josh Hartnett). In this group there will be a complicated love story, questions raised about family loyalty and devotion, those who demonstrate considerable courage and children forced to learn harsh lessons about life and death. You will try to draw them out from wherever they are hiding but eventually realise you can sit and wait until dissension in their ranks drives many of them into your hands. 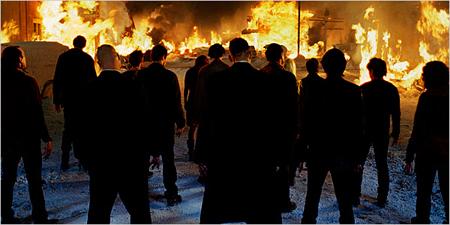 At times the film is very funny, perhaps unintentionally so: I especially laughed at the opening scene. And as with many movies shot in New Zealand there are a number of Kiwi actors in the cast, and you can have  a giggle every time one of them appeared on screen speaking in their faux American accents. But the grading, cinematography, make-up and special effects in this movie are very good. The isolation and fear the group of humans feel is clearly put across, especially by the fact that you don’t clearly see the vampires until well into the movie – a horror trick made famous by the first Jaws movie that still works well.
Based on a graphic novel, 30 Days of Night isn’t a great film, but not a horrible one either and the DVD would be enjoyed best with a bunch of mates, late at night, with great surround sound! 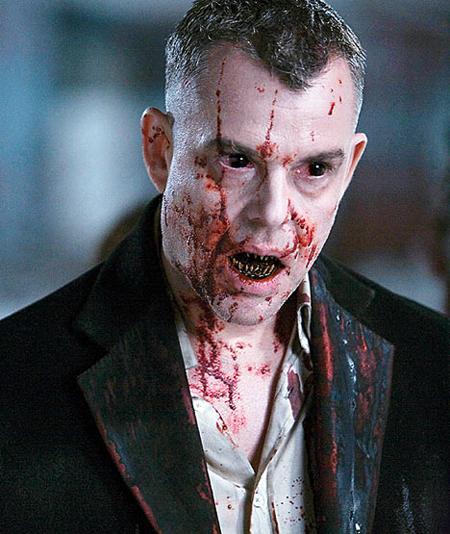 The extras on this DVD are absolutely fantastic. They are all pretty self explanitory but are extremely in-depth and thorough! They are designed to get you right onto the set, the making of, the pre-production and all the bits in between. Often with behind the scenes featurettes, they don't give you the access you hope for. But with this one, nothing is sacred, there are no secrets and everyone talks about everything. I would boldly say the extras on this disc even beat the King Kong Production Diaries which were the best I had ever seen.

In this second disc, you learn about the FX, the make up, the long hours gone into making the set, the cast, the stunts and all the gore. And director David Slade has a great personality in front of the camera too  which makes for easy viewing.
This is definitely one to watch for aspiring film makers everywhere and even if film making isn't your thing, you'll realise just what goes into making a feature and you'll appreciate the actual movie even more.

Thumbs up from me!!