There are movies about the light, glamour, and seedy worlds of Las Vegas and then there is Martin Scorsese's Casino. Most people perceive Casino as an attempt to piggyback on the huge success of Goodfellas, but once you get into all the details, you'll find Casino to be a riveting tale of organized crime and the ambitiousness of men. 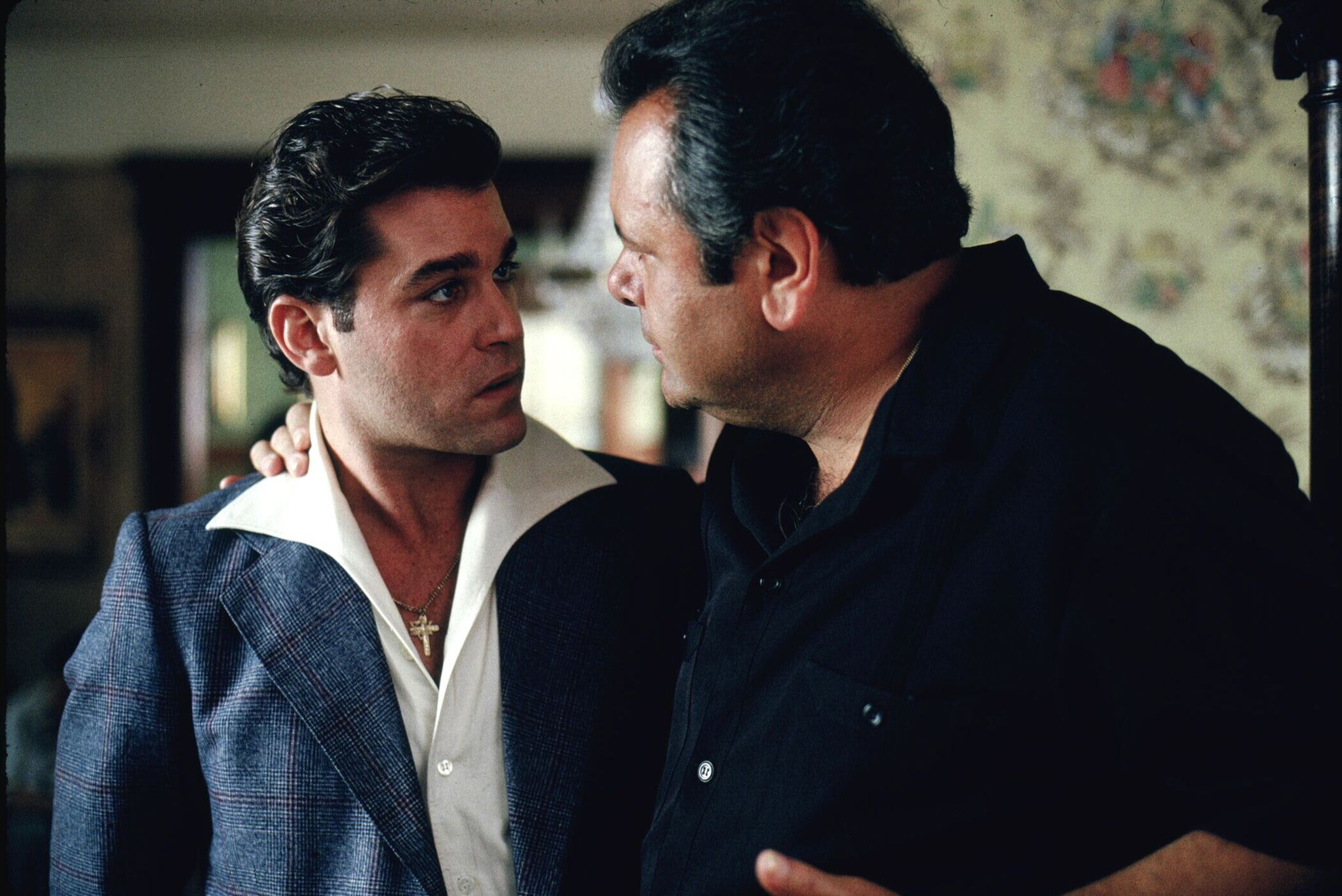 Casino delves deep into the world of mafia and gangsters. Even if you're not fond of The Godfather-esque treatment of the conflict of crime and family, crescendoing into a violent "high", you'll love the delicate balance of human emotions and the trademark Scorsese storytelling.

At its heart, Casino is a simple story. It's the journey of Sam Ace Rothstein, a Chicago-based mobster, and bookie who is hired by an Italian mafia family to build a legitimate business front for their shady Las Vegas casino named the Tangiers.

He's accompanied by his childhood friend Nicky Santoro, a volatile mobster with a penchant for drugs and violence. Soon Ginger Mckenna joins the story as Ace's wife. She's a hustler who loves gambling, money, and her friend Lester. Things go south when two of the closest people to Ace slip back into their old habits.

Robert De Niro shines as the protagonist Sam Ace Rothstein, a mobster let down by the people around him. Hot off the success of Goodfellas, Joe Pesci brings in a volatile recklessness to Nicky's sociopathic tendencies. However, it's Sharon Stone who pulls off a stunner as Ginger. Coupled with a strong set of performances and Scorsese's deft handling of the gangster world and human truths, Casino transcends into a masterpiece.

De Niro's Sam Ace Rothstein narrates a good chunk of the story and in the process throws some hard-hitting reflections on life as the controller of Las Vegas casinos. Here are some of the best quotes from Casino that have turned into pop culture legends.

1. "After the Tangiers, the big corporations took it all over. Today, it looks like Disneyland. And while the kids play cardboard pirates, Mommy and Daddy drop the house payments and Junior's college money on the poker slots. In the old days, dealers knew your name, what you drank, what you played. Today, it's like checkin' into an airport. And if you order room service, you're lucky if you get it by Thursday. Today, it's all gone" - Sam Ace Rothstein

This is one of the hard-hitting ones. After the dust settles, Ace looks back to the time when Las Vegas was run by men who dared to game the system and not by corporations who wanted to turn it into a family-friendly entertainment zone. Things end on a horrible note for the people involved, but Ace can't help but admire the bygone days when his sheer willingness to one-up casino dealers pushed him to the height of success. This quote has a tinge of regret, accompanied by the signature gravitas of de Niro.

2. "A lot of holes in the desert, and a lot of problems are buried in those holes. But you gotta do it right. I mean, you gotta have the hole already dug before you show up with a package in the trunk. Otherwise, you're talking about a half-hour to forty-five minutes worth of digging. And who knows who's gonna come along in that time? Pretty soon, you gotta dig a few more holes. You could be there all fuckin' night" - Nicky Santoro

Nicky was never a man of subtlety and this quote perfectly sums up his violent roots. The movie references the stark presence of the desert surrounding the glamorous Las Vegas multiple times. This is another reminder of the horrible actions of men who built the city from the ground up, leaving a trail of sins underneath the desert. Pesci continues his maniac tone to drive home a stern and scary reality that many choose to look past.

Another tragic foreshadow that acted as the last nail in the coffin for Rothstein and Santoro's descent into madness. Piscano basically blurts out the entire plot to the FBI who wired his shop. In one sweeping rage, the empire crumbles down. But you can actually trace it back to the greed of the mafia bosses. Also, kudos to Scorsese's mother for how naturally she acted in this scene. She would rather have her son kill people than curse someone.

4. "I don't give a shit who he's connected to. Tell him to take his fucking feet off the table. What's he think this is, a goddamn sawdust joint?" - Sam Ace Rothstein

Another quote that's all about the style of the mobsters with a punch of humor. A cowboy doesn't read the room and takes a high-end uber-successful casino to vent his frustration for the day. When Ace tells him to behave accordingly, he gets a rather impolite response. This leads to a very funny encounter of the cowboy's head getting used to opening the door to throw him out. The way Nicky flips on his friend for the more important connection is just pure Scorsese gold.

Nothing summarises Nicky like this one. When Sam's establishing all the major players of his story, his vibrant friend Nicky takes the center stage. The violent impulses of Nicky verge on terror. With this quote, viewers get the dynamics of Sam-Nicky's friendship - Sam's the brain of the plan, Nicky's the muscle to bring fear in the street.

6. "In the casino, the cardinal rule is to keep them playing and to keep them coming back. the longer they play, the more they lose. Little Miss Sunshine. If you want something, go get it" - Sam Ace Rothstein

People perceive casinos as a night of wild rides that can make their entire life with just a stroke of luck. Little do people realize the moment they subscribe to the narratives of Las Vegas, they become pawns to a very elaborate game of chess - a game they're bound to lose. Betting attracts. The possibility to win big is too alluring to miss and that's how the casinos know they've got you. Sam's stoic utterances mask cold-blooded truths.

7. "I had it down so cold that I was given paradise on earth. I was given one of the biggest casinos in Las Vegas to run: The Tangiers, by the only kind of guys that can get you that kind of money. Sixty-two million seven hundred thousand dollars" - Sam Ace Rothstein

Sam looks back at the time he was given a fresh lease of life with the Tangiers. The ability to outsmart players, dealers, managers, and everybody involved with the sheer brilliance of mind and a tad bit of crime excited him. Tangiers was a huge deal and the amount of money only established how big the stakes are in the film.

8. "But what they didn't know, what nobody outside the factory knew, was that that model car was made with a metal plate under the driver's seat. It's the only thing that saved my life" - Sam Ace Rothstein

Casino is based on a true story where de Niro plays Frank Rosenthal, a genius bookie in the 70s and 80s. The car explosion in the film is also taken from a real incident when Frank survived a bomb scare. Scorsese dramatizes the event with just enough adrenaline rush and mystery of de Niro's voice. The crazy way Sam survived not only shows the genius behind the suited casino guy but also makes you wonder how much luck plays a role in the life of a man who has gamed luck itself.

9. "This is the end result of all the bright lights and the comp trips, of all the champagne and free hotel suites and all the broads and all the booze. It’s all been arranged just for us to get your money" - Sam Ace Rothstein

This one speaks more about Sam's mental strength than anything. For a guy who's in the thick of it, Sam has managed to take an objective look at the gambling world of Las Vegas and at life itself. He draws a line and strictly maintains it. It's the players who mix emotions with the games - a fatal mistake that is fully exploited by people like Sam.

A clinical look at how casinos function and make a fool out of players even when they think they've won everything - Sam Ace Rothstein's perception of the world bears testament to the understanding of organized crime by Scorsese. For a smart, matter-of-fact guy, Sam gives you a lot of food for thought, which rings true for life.

The film Casino relies heavily on the shoulders of Robert de Niro and he puts on a fine performance as a man destined to doom. This is exactly what has made it a milestone in the crime genre, just like Goodfellas.

There are many ways to make your mark in gambling history - and you don't need to be a movie star to do so. At 5 deposit casinos, you can make a name for yourself by winning on games; whether that's a win for the world to see or just for yourself is up to you.