Imagine Clint Eastwood riding into town chasing after some crazy bandit that just robbed the Wells Fargo stagecoach, gunning down a couple of Pinkerton detectives in the process. Eastwood, atop his trusty steed, trots down the dusty main drag of town, the occasional tumbleweed rolling across his path, until he draws up in front of the local saloon. The bartender turns his head at the sound of Eastwood's spurs ka-chinking up to the bar. He leans over on the bar, levelling a cold, steely gaze at the bartender and … what does he order? 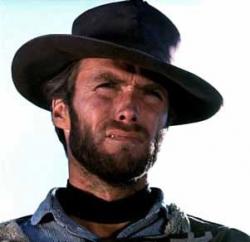 If you didn't say whiskey, you need to watch more cowboy movies. There's no doubt that of all the libations in the world, there is none more closely associated with the legend of the cowboy than whiskey. But what's the deal with whiskey anyway? Or is it whisky?

The story of whiskey begins in the northern regions of the British Isles - Ireland and Scotland. In fact, this is where the dispute over the spelling of whiskey comes from. Both the Scots, who named their version whisky, and the Irish, who spell it with an 'e,' claim to be the inventors of this delightful libation. But who was first is truly debatable. According to alcohol aficionado and historian Perry Luntz, all history can tell us is that either Irish sailors introduced whiskey to the Scots through trade or the Scots learned the art of distilling from Christian missionaries and then used it to create whisky. 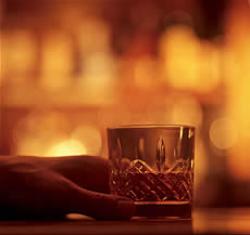 In America, whiskey is generally spelled with the 'e,' simply because more Irish immigrated to the States than Scots. Just as there are different ways to spell whiskey, there are lots of different kinds. By far the most American of all these types are Bourbon and Tennessee Whiskey. But that's jumping the gun a bit.

The story of American whiskey really begins in the late 1700s in western Pennsylvania. There, frontier-farmers found a superb soil and climate for growing rye in the foothills of the Allegheny Mountains and began making rye whiskey. But in 1793, Congress passed a 25-percent 'sin tax' on the value of the total output of every still in the country. Of course the frontier farmers were enraged.

The tensions hit boiling point in 1794, when a federal marshal tried to enforce the tax in Allegheny County on Oliver Miller's family farm. When Miller refused to pay up, a struggle ensued that drew a crowd of neighbours. As usually happens with these sorts of things, somebody, and no one knows who, fired a shot and so was born "The Whiskey Rebellion."

President Washington was quick to quell the rebellion, but when all was said and done, many of the farmers packed up and moved out into the Ohio Territory, beyond the reach of the taxman. 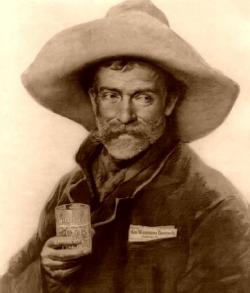 The soil of the Ohio Territory is world-famous for being deep and rich, perfect for growing corn. Taking a cue from the land, the new settlers began growing corn and switched from producing a rye-based whiskey to the corn-based whiskey that most of us drink today.

But what is the real difference between these two American greats? Owing to their common origin, both whiskeys are well known for their sweet, smooth flavour. But the real nitty-gritty is a matter of legislation. Legally speaking, in order for a whiskey to be a "Bourbon" it must be made in the United States, produced from a mash containing a minimum of 51 percent corn, distilled at less than 160 proof or 80 percent alcohol by volume (ABV) and must be aged at least two years in new charred- oak barrels (though most Bourbon is aged longer).

By contrast, Tennessee Whiskey by law must be made in Tennessee, produced from a mash of at least 51 percent corn, distilled at less than 160 proof or 80 percent ABV, filtered through a column of charcoal made from Tennessee sugar maple trees (that modification to the original Bourbon process) and aged for a minimum of two years in new charred barrels.

A few good examples of Bourbon are Jim Beam, Old Forester and Wild Turkey. For Tennessee Whiskeys, consider trying Jack Daniels' Old No. 7 Black Label, George Dickel #12 and Gentleman Jack. According to Luntz, with Tennessee Whiskeys you should expect a smoother and more smokey taste and feel than with Bourbon. But then, a lot of what tastes and feels smooth depends on individual tastes. I, for example, find Jim Beam Bourbon to be smoother than Jack Daniels' Tennessee Whiskey.

If you're really looking to experience the unique tastes and aromas of Bourbon and Tennessee Whiskey, consider adding a little "branch water" to your glass. The waters that run through the Tennessee and Bourbon producing areas are swift moving streams, known as a branch (because these streams run into the larger Ohio, Kentucky and Mississippi Rivers) with a lot of limestone in the streambeds. Limestone, as a mineral in water, is great at settling out the aromas and flavours. This is why branch water is used almost exclusively in the production of Tennessee and Bourbon Whiskey. If you can't find branch water, Parry Luntz suggests distilled water as a substitute.

In the words of the old-time whiskey drinkers, "To mumanem" (translation for non-backwoods speakers: 'to your mum and them,' meaning the relations).

Cheers to Timothy Bleasdale from The Daily Campus. 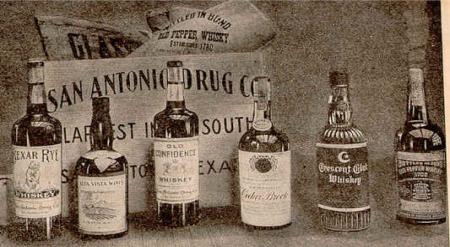