It is always interesting to see how New Zealand investments are perceived by people living abroad. In a recent article in US magazine Forbes, William Buechler of California-based Barclay Partners Asset Management is surprisingly bullish about our prospects. Much of his argument centres around the liquidity argument: that shares will go up in New Zealand because of the increase of cash going into the sector, and KiwiSaver will have a major impact. 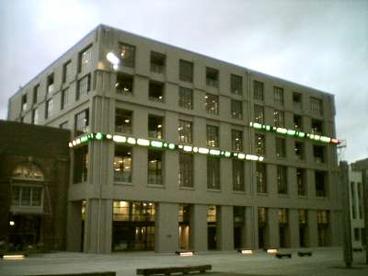 The NZX in Wellington: inspired by accountants

Buechler notes the latest hike in short-term interest rates is evidence that the New Zealand government is attempting to slow the booming housing market and rampant consumer spending. It also aims to provide a pre-emptive strike to slow any possible future inflation.

Due to rising worldwide milk prices, Fonterra recently declared a 27% increase in the 2007 to 2008 payout to its co-op members. The money will be flowing for New Zealand's farmers and then, eventually, into New Zealand's economy and stock market. 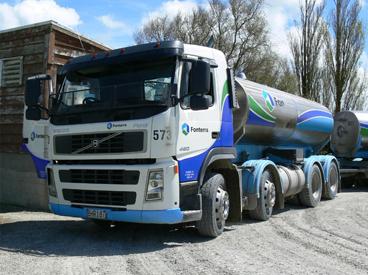 Of course, as New Zealand hikes its short-term interest rates, it provides incentives for outside money to continue to flow into the country to capture the interest rate differential - hence the Kiwi dollar reaching a 22-year high earlier this week.

More highs may follow later this year as the rest of the world begins to understand the untapped investment potential of New Zealand, says Buechler.

The grand arrival on July 1 of KiwiSaver, the government sponsored retirement plan, will dramatically increase the inflow of money available for injection into the New Zealand Stock Market.

Experts credit such initiatives with dampening market downswings and accentuating the up moves. Recent comments indicate conservative expectations of $7b to $10b in aggregated assets to accumulate in the KiwiSaver plan over the next three years.

This will be a terrific opportunity for investors in New Zealand to participate in the flow of money from an organized retirement-savings plan, Buechler says.

The current market capitalization of New Zealand's undervalued stock market is approximately $80b. With KiwiSaver expected to accumulate at least $7b to $10b in assets, and the possibility of an additional $2b to $3b in Fonterra payouts over the next three years from the milk bonanza (assuming milk prices remain at or near current levels), the question for investors is simple: Does the upcoming surge in money supply, coupled with the power of the underlying fundamentals, dictate the probability of a higher or a lower stock market in the future?

Assuming the number of publicly traded companies in NZ remains near existing levels, the impact of the money surge on stock prices and future market capitalization should be obvious and will offer early adopters tremendous opportunity.

Perhaps more important for investors over the long-term is a future potentially filled with the discovery of enormous quantities of oil in offshore waters. For more than 30 years, rumours have abounded about the presence of fields of oil, but little exploration was conducted until recently.

"Should this be of interest to investors? Absolutely. Is it significant? Extremely," he concludes. Buechler likes the look of major blue-chip stocks with exposure to the New Zealand economy.

I personally believe the impact of KiwiSaver should not be underestimated. Funds will have to go mostly into Top 40 shares simply because the weight of money means it will be hard to find enough shares in any other companies. Our market is tiny so the impact of billions of dollars flowing in could be huge.

With luck, sheer demand will mean better and larger companies will come to the local market. There is no long-term benefit in having a small, illiquid market trading at unrealistic levels, which is the alternative.

David McEwen can be reached here by email.