Comedy: how not to

New Zealand Comedy is on a bit of a roll at the moment. We’re making inroads on Television, we’re knocking them dead overseas, the annual Comedy Festival is selling tickets in record numbers, and more and more acts are finding that the work they’ve been polishing over the years is finally getting some recognition. As with any genre which picks up some momentum, an increasing number of otherwise sensible, intelligent folk have been saying to me “Oh, I’ve always wanted to have a go at that.” Good. Do it. Honestly, the more the merrier. 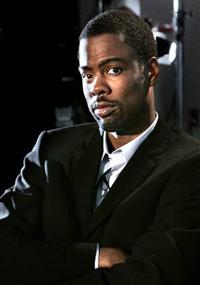 I personally think that it’s impossible to teach someone how to be a stand up comic. The beauty of live comedy is that it doesn’t have any real rules; you can say what you want, look however you want, and perform in any way you like – think internationally, and the fact that Chris Rock, Jim Carrey, Dawn French and Ricky Gervais are all in the same industry, and you get the idea. The only guiding principle is that it needs to be funny, but however you choose to transmit the laughs is completely up to you. Politics, songs, characters, circus skills, impressions – the local scene contains all of these and more, and I’m sure there are styles out there we don’t even have names for yet. Bring ‘em on.

Having said that, there are certain pitfalls I can point out – so rather than a guide on how to be a comedian, may I present the following:

How not to be a stand up comedian

• Don’t Think You Can Just Wing It
Your mates think you’re hilarious. You make them laugh at parties, they all look to you to retell personal stories, in-jokes, and joke-jokes. So obviously, you’re a natural for the stage, right? Nine times out of ten, no. Your mates find you funny because they know you, you know them, and in-jokes are just that – you need to be in them to get them. General audiences, at least when you start out, have no idea who you are, and none of them were there that time you spilt wine down your pants before the big meeting. You need to write comedy, not just tell it. Don’t even think about getting up on a stage in front of strangers without at least some idea of what you’re going to say.