A man spent a weekend gambling in Las Vegas casinos, and he won $100,000. He didn't want anyone to know about it, so whan he came back home, he immediately went out to the backyard of his house, dug a hole and planted the money in it.

The next morning he walked outside and found only an empty hole. He noticed footsteps leading from the hole to the house next door, which was owned by a deaf-mute. On the same street lived a professor who understood sign language and was a friend of the deaf man. Grabbing his pistol, the enraged man went to awaken the professor and dragged him to the deaf man's house. He screamed at the professor:

"You tell this guy that if he doesn't give me back my money I'll kill him!"

The professor conveyed the message to his friend, and his friend replied in sign language: "I hid it in my backyard, underneath the cherry tree." 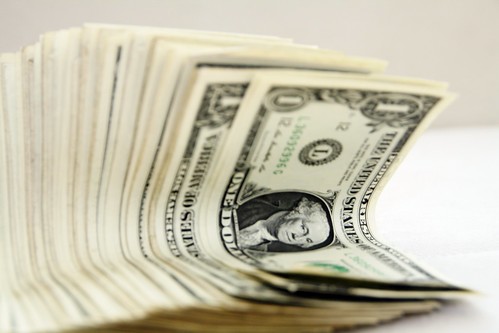 The professor turned to the man with the gun and said: "He's not going to tell you. He said he'd rather die first."