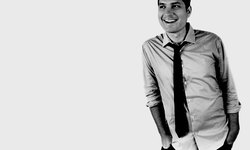 You may know Jesse best from the breakfast show on MORE FM with Jeremy Corbett and Joe Cotton. He's a Hamilton boy, who spent several years in Wellington before arriving in Auckland, via London. He currently writes for and appears on hit TV3 show 7 Days, and acts as New Zealand correspondent for Australian TV show The 7pm Project. What would be your dream comedy line-up? Garry Shandling, Chris Rock and Jerry Seinfeld. As it happens, I DID manage to see that line up, at a comedy festival in Las Vegas a few years ago. It was a very, very good night in my life: I can’t say “best” anymore after SOMEONE gave birth to our first child... read full article