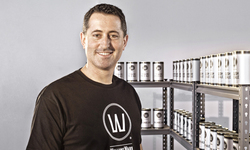 New Zealand has never been short on innovators and this year a Kiwi brewmaster and engineer launched the world’s first personal brewery to much international acclaim and interest.  Ian Williams began his brewing career at 21 when he graduated from Massey University with a degree in Food Technology and a desire to make the amber nectar.  He spent 5 years at Tui Brewery in Mangatainoka, learning his trade and became the first New Zealander with a proper brewmasters qualification, the Diploma Master Brewer from the Institute of Brewing, London.  He then went with Asia Pacific Breweries (who own DB Breweries) to Singapore and then... read full article