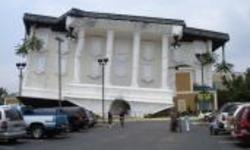 Architecture has a purpose, but some buildings are so unusual they are just plain silly. Sure, architects aren’t perfect, but I wonder how they come up with such crazy ideas. Here are some of the weirdest and most unusual buildings on the earth - I promise these aren't Photoshopped. Hope you like it. Olympic Stadium (Montreal Quebec, Canada) Designed for the 1976 Olympic Games, the Olympic Stadium was not completed on time due to a strike by construction workers. The 556 foot leaning tower designed to retract the roof stood half finished until 1987 when the roof was finally completed. It took another 2 years before the roof, made from 60,696 square... read full article