Think that National is doing a bad job? Wait until you see what the alternative is

I am no admirer of the fifth National Government.

They have done a rather mediocre job. A lot of problems which the Clark Government created have not been addressed and they have created plenty of new problems for New Zealand.

It is hard to fault them on using ‘Dirty Politics’ to get ahead because their counterparts are just as guilty of using these tactics.

The National Party has been dealt a very hard hand; two Christchurch earthquakes, a global recession and soaring commodity prices have done them no favours. But surely one surplus in six years is not too much to ask…is it?

I have an issue with anyone who lumps all the blame on John Key. He is only one politician among many in government. He would not be able to do half of what he wanted without the support of his party. The GCSB amendment bill or sale of state assets would not have been possible without the support of 59 other MPs and the hundreds of thousands of voters. 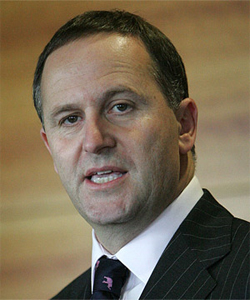 After listening very carefully to the opposition parties and their visions for New Zealand I cannot possibly see how the alternative to the current government would be any better. If anything it'd be a lot worse.

Here is the best alternative of a new government based on current polls; a Labour/Green/NZ First/Internet/Mana/Maori coalition. Will any kind of compromise between these six parties even be possible? There is a small bit of space for wiggle room but not much.

The main problem is that a change in government will benefit the ordinary man very little. I can’t see the drinking culture being tackled properly, the housing crisis won't be fixed, fatherless families will continue to rise, political correctness shall be encouraged further, more taxpayer money is going to be wasted and laws that people don’t want and never asked for will continue to be funnelled through irrespective of the submissions received by select committees.

The promises of full employment, 100,000 affordable homes, free tertiary education and a digitalised economy sounds great in theory. Unfortunately these parties have made the same mistakes the National Party did -when they were in opposition- by promising too much. And when given the opportunity to implement these policies does come, they will once again fail to deliver.