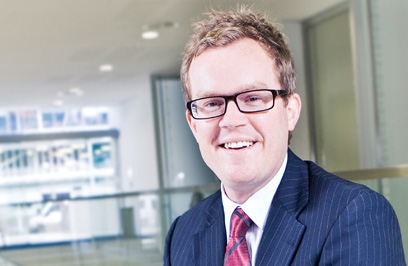 Tell us a little bit about your background?

I was born in the UK. Both my parents are British. We emigrated to New Zealand in 1981. Dad spent most of his career doing financial directorship and consulting work. Mum looked after my brother and I, and also did some volunteer work in the adult literacy area and with St Luke’s Presbyterian church.

I have good memories of my childhood and enjoyed my school years at Auckland Grammar. I was keen on sports (cricket and hockey) and also got involved in theatre and music. I went to Otago University to study law and history and then came back to Auckland to work with an law firm Hesketh Henry in their commercial litigation team.

I also spent about 6 years overseas mainly living in Britain, where I worked for a UK Government Inquiry about ‘Bloody Sunday’ in Northern Ireland, and also an English firm in London which specialised in medical and healthcare law.

Since arriving back in NZ in 2004, I have worked with Kensington Swan in the town planning and local government areas – including as a partner for the last 3 years. My time has been spent acting for local councils and infrastructure providers, and has given me a good understanding of the challenges facing Auckland in terms of transport, growth management issues, housing affordability, and broader environment challenges.

I have also been involved in law reform issues including being a member of the Land and Water Forum (which considered reform of NZ’s water allocation framework) and as a member of the Law Society’s environment committee.

I am married to Nicola, who is a GP working in Pt Chevalier. I consider myself a proud Aucklander, who is passionate about making the city a great place to live and work.

How many newspapers do you read in a month?

I am a keen reader of the Herald, and online news and also The Economist magazine. I also enjoy the radio news, particularly Morning Report.

Out of all the electorate seats you could run in, it seems like the odds are stacked against you in the East Coast Bays electorate. Do you believe you can attract more votes than Murray McCully and Colin Craig to win the seat?

Although there is a bit of mountain to climb in East Coast Bays, I have had a number of people say to me that that they are dissatisfied with Murray McCully as the local MP, and would like to see a change. He seems to be unengaged in local issues and seldom in the electorate. Colin Craig also has gained little traction - in fact I am yet to meet someone who says they will vote for him!

Although ECB has traditionally been a blue seat we are going to fight for every vote – and particularly party vote as this decides the next Government. We have been working hard getting out and meeting people in the Bays, and doing community and street corner meetings, door knocking and phone canvassing activities.

Why should East Coast Bays voters give you and the Labour Party their vote?

I believe I can be a fresh and effective new voice for the community in East Coast Bays. I also have a strong legal background which will allow me to ‘hit the ground running’ if elected.

My philosophy is that an MP needs to serve the interests of the community and also be accessible to people. I would make this is a priority as a constituency MP.

There are a number of issues which I know are of concern to locals: the cost of housing, good education for kids and ensuring that we address our clogged and congested roads.

One focus of my campaign has been to bring some attention to the recent decision to defer to the extension of the Northern Busway from Constellation to Albany. The busway has been one of the most successful public projects in New Zealand’s history and removes the equivalent of 3 lanes of traffic from the harbour bridge in the morning. Despite this, the Government has decided to put Busway extension down the list of funded projects, and proceed with further motorway building.

In my view, the busway extension would provide an important part of the PT solution to the growing population and also improve travel times for people using the busway. This is the kind of project which a Labour government would prioritise over more roads and motorways.

Name the five policies most important economic policies which you believe a Labour led government ought to implement.

There are a number of strands to our economic upgrade:

Has your background as a lawyer influenced your views on which policies hold precedence?

Yes it has trained me to examine issues with an evidence based approach. It has also taught me the value of a disciplined and professional approach, and the importance of detailed research.

Also I am aware of the limits of the law; we have a tendency to reach for a legislative solution when other approaches might work better. Generally I think we make too much law in New Zealand; not all of it well thought out or drafted.

Good for the lawyers, but nobody else!