Frank got a round of questions in front of Te Kohe Tuhaka, who was preparing to play Elegba in the edgy and urban styled 'The Brothers Size', penned by American playwright Tarell Alvin McCraney which opened at Silo Theatre on May 27th. 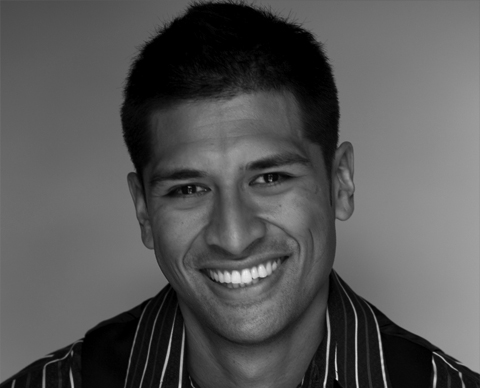 How long have you been a theatrical performer, and what lead you to the stage?

Professionally for the last 7 years since graduating from Toi Whakaari and the person who lead me to the stage was me and my fascination with acting.
The people who inspired me to tread the boards were awesome actors like Nancy Brunning, George Henare, Jim Moriarty, Rob Mokaraka - it was strong
practitioners like these and many others that made me want to work in the many theatre's and theatre companies in this country.

Though there are many difference between stage and screen, what was the biggest difference you found transitioning from one to the other?

I think the biggest difference is for screen it’s a fast turn around and you do get to have more then one take to really get that performance. An opening night for film and television doesn’t happen after 4 weeks. In theatre once the lights go down you have that one chance to deliver that perfect take for that audience, and then the next night you don’t recreate - you connect and create it a new.

What's been the most daunting role you've felt you've played to date?

Each role comes with its challenges, but I think my most daunting was my solo I wrote and created in my last year at drama school. It was about the legend Wayne Buck Shelford. It was daunting because he was my idol when I played rugby and I was just new to creating work. I wouldn’t mind remounting it actually… see how different it would be.

How did you prepare for the role of Elegba in this production of The Brothers Size?

I first had to learn about the African American culture so I went back to the days of slavery and early studies on the plantations and the Angola prison in Louisiana. I also looked at the clique culture that happens in the projects, Yoruban culture and voodoo. So it was a lot of reading and watching of this amazing and at times heart wrenching history on a people and their country. With all of this information I just let it through; the connection with Jarod and Pua and the guidance of Shane created Elegba. As the rehearsal went on the character grew an evolved and now I just retrace a few keys that unlocks the character for me and step in to the work and tell the story.


Elegba seems to be something of the "villain" of the piece – is there more to his character that simply being the antagonist?

Oh totally. He’s not a villain at all. He is just a product of his surroundings. He is an ex convict, but he is a survivor, and when you live in the projects it is a game of survival. He is a complex person because behind his mischief front is a man who is looking for true connection , brotherly love. He just lacks the vocabulary to truly allow that to happen so finds it with what he has at his disposal- the art of survival skills in the projects. Maybe wrong for the normal person but for him and where he’s from it is the norm.


Are you worried that having played Kingi (on Shortland Street) and now playing Elegba, people are going to identify you as a "bad guy"?

I’ve never thought Kingi was a bad guy. I always thought he was, like Elegba, a survivor. He was misunderstood and was also a product of his surroundings. His actions weren’t always savory but there was always a method behind the madness. But as far as been labeled as the actor that plays the bad guy really well… I would say wait until you see my character in Sione’s Wedding 2. You can’t have heroes without villains.


For those reluctant to go to a theatre production, what would you say to them to help them change their mind?

What have you got to lose?!?! The theatre is where our craft began, so its important that people refuse to come because they think theatre is for a select few. It’s for everyone; it’s where you can come, and for 2 hours just sit back an be taken on a journey. The Brothers Size is a piece of theatre that needs to be shared and I want everyone to come a share in it with me, my mates and be that important piece of the storytelling puzzle.