With the release of No Strings Attached on DVD, we got a round of questions in with Ashton Kutcher. 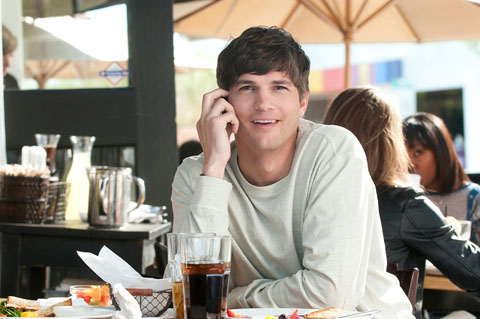 Hey Ashton, Can you relate to the character your play in No Strings Attached?

I think you always find personal threads that you can relate to. In this film it could be coming off of a really bad breakup and where that leads you from a relationship position. Like, 'I don't want to be involved. I don't want to have a relationship. I'm done with relationships'. So I think there are things like that you find you can relate to, that you plug into, that you can connect to as a person. I think that my character is really lucky to find someone in the other character that connects them. So I think I have that in common with my character.

No Strings Attached is Natalie Portman's first romantic comedy and you are an old pro at the genre. Did you offer her any advice?

(Laughs) I learned more from Natalie in one day of working on set together than I can ever possibly teacher her in a billion years. She may not have done a romantic comedy before, but she's done so much work on so many different levels. If you watch her in Garden State it is comedic in and of itself, but is also true and has specific organic performances. I don't know that there's anything I can really teach her.

You are widely known as a prankster. Did you pull any jokes on Natalie while you made the movie?

It was mostly height jokes and then she would get very upset with me. She looks like my child when we stand next to each other. I asked if she could reach the pedals in the car one day. That didn't go over very well. 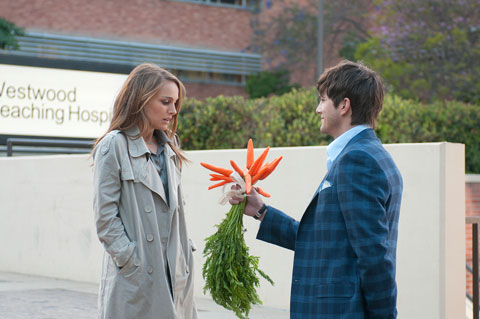 We know you are a prankster, but are you romantic? What's the most romantic thing you've ever done for someone?

It's really hard to say. The most romantic thing for someone? I think that romance sort of coincides with effort. So you can fall flat on your face, but as long as you're making a great effort I think it comes off as romantic. So it can be something as simple as, like, if you're someone who doesn't cook you can make a meal. It's anything that has a little bit of vulnerability in it and requires great effort.

What's a personal example of one of your romantic acts?

I'm a little bit of a workaholic and I was in another country and I had one day off. I flew from that different country just to see someone for an hour and turned around and went back. So it was probably that.

Do you think a friendship can survive sex without feelings?

I wouldn't know. I haven't been fortunate enough to try one of those relationships out. I really think that whoever you're with ultimately needs to be your friend. So all the really successful, happy relationships that I know of, the people that are together are friends anyway. I don't know that sex always has to have feelings, but I think that friendship always does. So if you're friends you're going to have feelings of some sort, some layer, some level of a deeper feeling.

What's the most difficult thing about shooting sex scenes?

What do you mean?

Ivan (Reitman) would come back and he's like, 'I think you need to orgasm sooner'. So you're male machismo is like, 'No, no, no. It would take me much longer than this'. I'm sure every actor says it, but it's always very technical because you're trying to show each other's faces and yet stay in the moment. It's always slightly more complicated than it is in real life.

Do you get nervous shooting a sex scene?

I just start by apologising. You sort of try to set some ground rules and apologise for them. Apparently Sir Laurence Olivier once said something about sex scenes to the effect of 'I apologise if I get aroused and I apologise if I do not get aroused'. But there's sort of always that kind of awkward state of, like, 'Is this okay? Is that okay?' Then in between it's like, 'Let's act like nothing happened,' and then you see how good of an actor you really are." 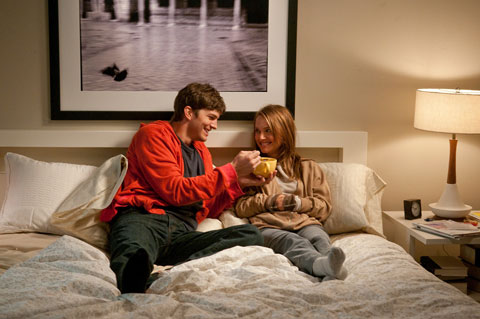 No Strings Attached puts a spotlight on casual sex and friends with benefits. In some communities and families sex is a taboo topic. It is not something that can be discussed openly. What do you think about that?

I think there's so much that's not said about sex in our country even from an education level. And I do a lot of work on human trafficking and I connect a lot with girls that come up in this trade, if you will, and partially about a lack of education about sex in the country. I think that sometimes we get to make films that sort of open things up and making things that people can talk about. One of the things I find really interesting, and I don't want to veer off on a weird human trafficking thing, but one of the interesting things, especially for women, in the sex education process in schools, the one thing that they teach about is how to get pregnant and how to not get pregnant, but they don't really talk about sex as a point of pleasure for women. The male orgasm is right there and readily available to learn about because it's actually a part of the reproductive cycle, but a female orgasm isn't really talked about in the education system. Therefore part of that, as a spin off, creates a place where women aren't empowered around their own sexuality and around their own sexual selves. From a purely entertainment point of view, to create a movie with a female lead that is empowered with her own sexuality I think is a really powerful thing. I think if we can give teenage people something to think about from a sex perspective I would say that it would be to start opening up a conversation where women are empowered with their own sexual experiences from an educational level as well as an entertainment level.

What's your next project?

I'm getting ready to reunite with Garry Marshall on a New Year's Eve project that's not a sequel, but somewhat of a follow up to the Valentine's Day movie that we did together.