Where the heck is all this sound coming from? Looking around this 2005 Aston Martin DB9, I’m bamboozled. I can hear — feel — the precise highs and booming lows surrounding me. My ears have never felt so alive. But I can’t see much by way of hardware to explain the sound performance. 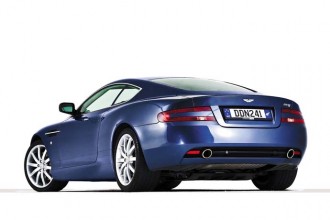 Still trying to figure out how this mass of sound is hitting me, I do some exploring. It turns out there is a stealthy boot-load of gear in this car: four amps, a sub and a number of speakers, all extremely well hidden. The Aston Martin was originally fitted with a full Linn audio system but Peter, the vehicle owner,  didn’t think the factory kit was up to the quality of the rest of the vehicle. As principal of Fusion Electronics, he was in a great position to have some changes made.

The Aston was despatched to the team at Rapid Radio in central Auckland. After hours of consultation between the guys at Rapid and Fusion, it was decided to install a high-end system… but it was agreed it needed to be very stealthy to maintain the integrity of the DB9 interior. Many aftermarket installs start with a new head unit, but in this case the factory unit remains. 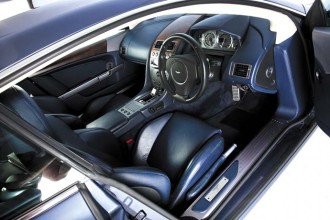 Clearly Fusion were looking to have their products featured as the hero in this system so the guys at Rapid integrated the rest of the Fusion gear to work with the Aston Head. The first hurdle to overcome was to improve the staging — the sound seemed tocome from the middle and rear of the DB9 and not up front which is desirable. An amplified Fusion two-way centre speaker was installed in the centre dash area, instantly improving the way music surrounded the car’s occupants.

The next challenge was to lift the overall clarity of the system to the level required by the Fusion team. This responsibility was given to two sets of Fusion PowerPlant 5.25-inch component speakers, installed in the factory locations front and rear. To provide the speakers with enough juice, two Fusion 600 watt Powerplant amps were hidden from view under a custom false floor in the boot.

With the accuracy of the highs and mids addressed, the focus then turned to the bottom end. The Aston came equipped with a factory fitted subwoofer with a less than desirable installation. It was replaced in favour of a punchy and precise Fusion Powerplant 900 watt,10-inch woofer. To maximise the bass performance from the sub, a new enclosure was fabricated that utilised all available space, including the  underside the amp floor, without compromising the standard usable space in the boot.

While big installs do have their place, massive sounds are still possible from systems with some in built stealth, especially in British thoroughbreds of this ilk. 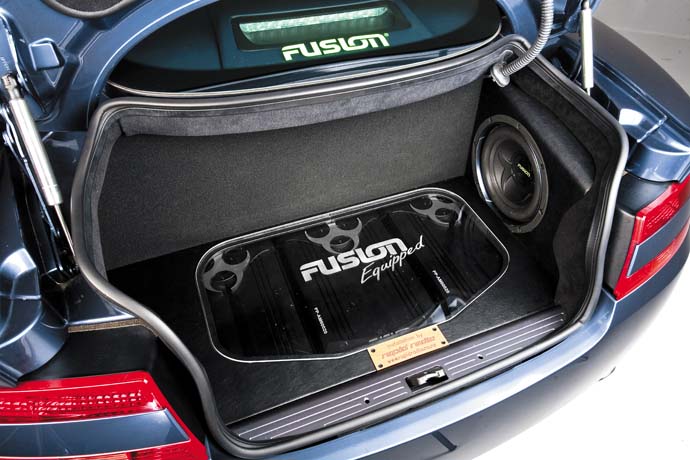 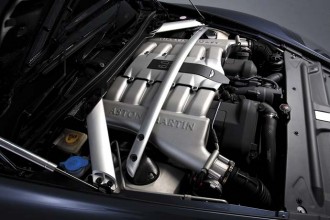