I’m not really into restored cars. I can appreciate them, for sure, but the thought of ensuring every nut and bolt is period correct just bores me. Don’t get me wrong, there are plenty of restored cars I would love to own. I just wouldn’t want to be the person restoring them. For me, the thrill of the build is making things work when they shouldn’t. Fitting 10kg of stuff into a 5kg bag, if

you like. Then mounting the bag upside down just for fun. One of the restored cars I wouldn’t mind owning is a Genuine XY GT Ford Falcon. It’s crazy to think that an old ’70s Falcon sedan can be worth a few hundred thousand these days. The downside of this is that due to their value (the more original, the more they are worth), driving them becomes too much of a risk, and more often than not they end up stored away — effectively in a glorified cotton wool-filled safe.

This is exactly the situation the Weeks family was in. Until very recently they owned what has to be one of the most pristine XY GTs in the country (check out last month’s issue of New Zealand Classic Car magazine for the full story). So pristine was the car that driving it was almost a crime. Between them the five brothers have owned more cool cars than most of us can dream about, although only three of them are the driving force, so to speak.
While the XY GT rates up there at the top of their list, they just weren’t getting the enjoyment out of it they wanted.

After what was no doubt a heated family discussion, the Falcon was entrusted to Turner’s Auctions, and the hunt began for something a bit more useable. Their requirements were that the car had to be one of the toughest on the road, yet not be too maintenance-heavy or too highly strung. It was a set of criteria that would usually make finding the right car nigh on impossible. Especially when the last requirement was that it needed to be ready now, not in a few years’ time.

A couple of years back the brothers had purchased a ’68 RS SS Camaro from well-known car enthusiast Jack Cooper. They liked Jack’s straight-up attitude and had similar ideas on what constituted a quality car. So when they began the hunt for their next shed filler, he was one of the first people they called. As it happened, Jack and his wife, Trelise, were planning to move overseas, and not only was Jack’s multi-award-winning Ford truck for sale, so was his 90 per cent finished 1971 Plymouth ’Cuda.

Catch of the Day

As soon as they heard the ’Cuda was up for grabs a deal was done: they knew full well a car that desirable and that well built wouldn’t hang round for long.

The hard work had been done, and done in typical Jack Cooper fashion, with only the best components and people used. It’s fair to say the car today bears little resemblance to the one Jack started with four years ago.

It was Greg McSporan from Profile Autobody — a man well known in Mopar restoration circles — who’d spent countless hours bringing the body up to scratch. “It was a mess, and Jack wanted it right,” Greg said. No doubt you will agree the time spent on the car was well worth it.

During the panel work, the rear wheel wells were moved inward 2-inches (flush with the chassis rails) to allow slightly larger rear tyres to be fitted. Measuring in at 29/15/50, the Hoosier Pro Street tyres Jack wanted to fit gave the car a serious stance, as did the nose-down suspension setup the car was given during the build.

Once Greg was happy the panel gaps were micrometre perfect, and the body was super straight, he fired up the spray gun and painted it in signature Plum Crazy, with the black Hemi ‘billboards’. This can only be described as the perfect look for any ’Cuda.

These are dream cars for many of us. Nothing gets a ’Cuda or Mopar fan’s heart racing faster than the two words “Hemi” and “’Cuda”. Eric Livingstone, from West Auckland Engine Reconditioners, has a reputation when it comes to building high-power Hemis, and he was called upon for his expertise. Not only did he piece together one of the staunchest motors around, he helped set up many other aspects of the vehicle, such as the narrowed Dana 60 diff and 35-spline axles.

Just like the Weeks, Jack wanted a motor that would provide a huge amount of power without over-stressing the engine. The simple way to achieve this was to go for high capacity. The Keith Black alloy block Eric sourced has been fitted with 4.5-inch-long rods, which when combined with the 4.5-inch bore size gives a capacity of 528ci, or 8652cc in new-speak. The bottom end has been fitted with a Milodon external oiling system and a Moroso eight-litre sump to keep the heavy

H-beam rods turning as they should.

Plenty of Eric’s usual tricks were used to ensure this motor lasts, and makes a huge amount of torque to boot. The heads are what he refers to as a Stage V street port, and are fitted with stainless valves 2.25 and 1.92 inches in diameter. The flat tappet cam has been ground to a custom spec, not too mild and not too wild, and works in conjunction with Schubeck ceramic solid lifters.
While it would be easy to fit the car with a big carb and go all out chasing power, a 1000cfm Holley has been fitted to keep it nice and driveable for events like Beach Hop, which the boys plan to attend.

After he got Eric to build a 727 transmission, which he fitted with a Gear Vendors switchable overdrive, Jack must have been gutted that he never got to drive the car before selling it. In fact he never even got to hear his creation fire into life, as when it was sold the car was minus all wiring.

The team from Ron Wood Auto Electrical was called upon to wire the whole car, and the Weeks can’t speak highly enough of the job Ron and the team did.

With this sorted, Magnum Automotive was enlisted to construct brake lines to get the front and rear Wilwood callipers into

action. From here it went around the corner to Woolf Mufflers where, twin three-inch exhausts were constructed and mated to the TTI 2.25-inch headers. Words can’t describe the tone the system emits. It is music to any Hemi lover’s ears, that’s for sure.

After a few other tweaks and alterations, such as the modification of the shaker hood scoop to fit over the huge engine, the boys were ready to hit the road, although at this stage the interior did need to be refitted. Thankfully, the full complement of Pro Comp gauges had been wired up and slotted into the custom carbon fibre panel, and it was simply a matter of reassembling the stock interior, which was in surprisingly good condition.

So would they do it again? Sell an irreplaceable classic and buy a monster like this? In a heartbeat. â€¨The car’s got air con, electric windows, more power than is sensibly usable on the street and it drives like a dream. Who wouldn’t want that? The only problem they have now is deciding who’s driving and who’s riding shotgun. With three of the brothers sharing ownership, it must make for interesting times. Then again, imagine if you could have your dream car, and only pay for a third of it. Maybe it wouldn’t be that bad after all. Makes you think, doesn’t it? 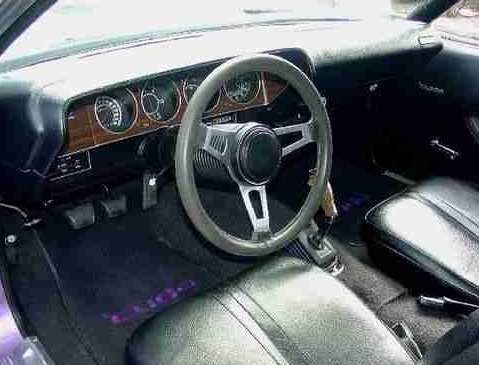 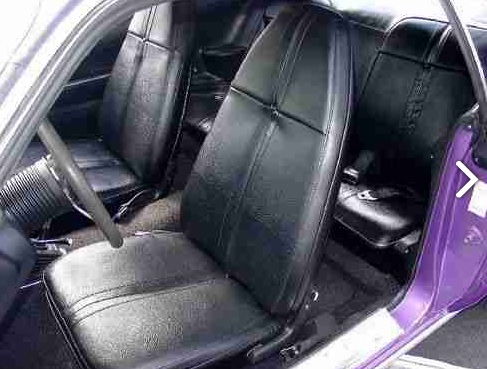