Last year’s Yomawari: Night Alone is one of the most haunting horror games of recent memory. Creepy monsters, heavy atmosphere, stressful game design, and a dark narrative are part and parcel of the genre, but Yomawari set that against ultra-cute chibi character designs that wouldn’t look out of place in a game for toddlers. That juxtaposition made the horror all the more horrifying and memorable. Yomawari: Midnight Shadows is, for the most part, more of the same thing – and that’s not a complaint. 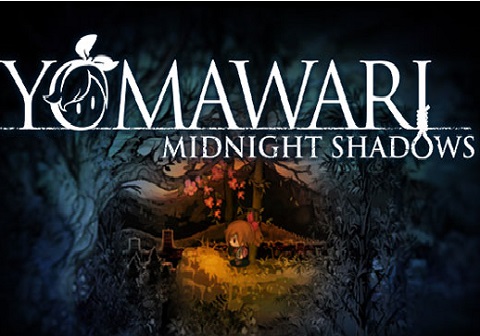 Like its predecessor, Midnight Shadows begins with a shocking, confronting opening scene, quickly allaying any assumption that cute art means a cute game. After that, our dual protagonists – best friends Yui and Haru – find themselves separated, setting them on a journey to find one another. It’s late at night, and theirs is a haunted town where spirits roam the streets after dark, but the girls’ friendship is one worth the danger.

With that setup, Midnight Shadows puts you in the shoes of Haru and Yui, alternating between the two as you try to help them find each other. Each chapter of the game has you exploring a different part of the town, avoiding spirits and following clues. Yui’s chapters tend to play out in confined spaces (often indoors), without access to the map, so you can’t really know where she is when you switch to Haru. However, Yui’s environment gives you hints about her location; when she’s trapped in a building full of bookshelves, you can probably assume it’s the library, and make that your goal come Haru’s turn.

At this point, you might be wondering how Haru knows where Yui is, given that information is shown to the player, not the character. I’m not going to tell you, but it is dealt with – albeit somewhat implicitly – as the story develops. So too does it explain why Yui’s chapters are always in these small, contained places when Haru has free run of the town.

The girls have no way to fight the spirits haunting the town, so the only option when you encounter them is to run and hide. Some ghosts have unique mechanics that you need to exploit to get past safely – like not moving when you aim your torch at them, or quickly rushing towards your character as soon as they make eye contact – but for the most part, it’s all about running, managing your stamina, and avoiding attacks.

You will die, suddenly and unexpectedly. Spirits often come out of nowhere, and when you encounter a new type there’s some trial and error to figure out how to deal with them. It’s occasionally frustrating (though generous checkpoints help), but it also builds up the tension and atmosphere. Just walking from one place to the next is tense, because you never know when something might jump out at you.

Midnight Shadows also cleverly twists its mechanics to add a level of psychological horror. Much of the game’s progress revolves around simple adventure puzzles, like finding a key to open a locked door. There’s almost always a solution to each puzzle, so that’s something you can rely on… until you can’t. Trying to avoid spirits while looking for an answer that isn’t there is a tense, terrifying experience. Other parts of the game distort mechanics to great psychological effect: your trusty flashlight, simple dialogue choices, even the game’s tutorial.

It all helps build atmosphere, which is something that horror depends on – and Midnight Shadows depends on it more than most. It’s not a game filled with graphic violence or grotesque, lifelike monsters; the violence is implied, and the monsters, though creepy, hide their horror behind stylized 2D art. That atmosphere pervades the whole game, from the minimalist soundscape to the moody set design, to those aforementioned mechanical tricks. It’s incredibly unsettling.

It’s also rather tragic. The story that unfolds through Midnight Shadows is a fundamentally sad and lonely one, as Haru and Yui try desperately to find one another in a world that seems desperate to keep them apart. Dig a little deeper, and there’s a story about grief, and coming to terms with the fact that sometimes a bond, no matter how strong, has to break. Like the first Yomawari, beyond all the spirits and horror is a tale about a child learning the unpleasant realities of life – that it’s not just cute cartoons and crayon drawings.

Midnight Shadows is a bit more plot-driven than Night Alone (which was deliberately vague, for the most part), but there’s still a lot of room for interpretation. It’s never quite made clear how all the different pieces fit together – again, deliberately – and even the chronology of events and the reality of what the girls experience is up for debate. At face value, there’s a simple but moving tale of a struggle for friendship, but like any good horror story there’s a lot going on beneath the surface. Everyone will have their own take on it, and that’s a wonderful thing.

By: Matthew Codd On: PlayStation Vita