Minority Report is a solid film. Behind the lens is the irreplaceable Steven Spielberg; in front of the camera is some of the finest acting talent in the world. Set in a not too distant future, the hypothesis of what future events seem to be all too real. 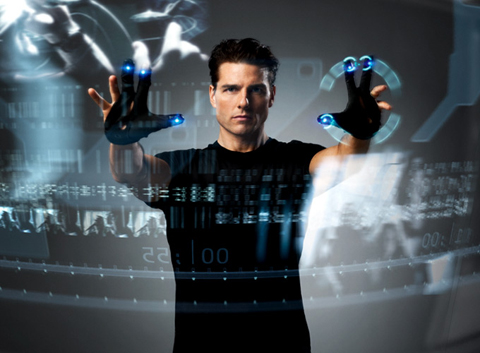 Tom Cruise puts in a promising performance as Captain John Anderton, the chief of the Pre-crime police force. Using pre cogs that are capable of premeditating murder, murder levels have been effectively reduced to zero. On the brink of going nationwide, the pre-crime unit encounters a problem when a premeditated murder by Captain John himself is forecasted to take place. From there, the plotline unfolds.

Consulting with Director Lamar Burgess and Pre-crime researcher Dr. Iris Hineman, word comes that only two of the three pre cogs may have seen the murder, leading to what is known as a “Minority Report.” Anderton remains convinced it was a set up. Somebody or something got him into the situation where he committed murder.

The strong and powerful force of technology is a central theme to the movie. Right throughout the film I was worried about the amazing amount of influence which technology has. In detecting murders before they happen, it can be a dangerous game; though the pre cogs have yet to predict a false murder, it could certainly be a let-down when it happens. Scanners which read your eyes exist to identify you. Hence there is an almost non-existent ability to walk through a shopping mall without having your name called out by some boisterous advertising holograph. Playback of old home videos presents a person who is present without being present.

Working hard to avoid being identified, Anderton undergoes an eye replacement surgery. This is to shake off the attention of being tracked by the pre-crime unit, now run by Danny Witwer-played by Colin Farrell.

As the film progresses, a darker side of Mr. Burgess emerges, Witwer discovers an inconsistency in footage of a pre murder, Anderton kidnaps Agatha-the pre cog- and confronts his fate in the pre-murder scenario he witnessed on a large screen.

Arising out of questions is how willing we as people would actually actively desire and wish to know about the future. For many of us, it would be a very uncomfortable reality about knowing exactly what our predestination is; all the while not being able to do anything about it. The most effective pre-cog, Agatha is susceptible to immense fits of emotional outcry whenever she sees a human death coming. The scary reality of knowing what’s about to happen can often drive someone to insanity far more than an immediate cause and response reaction ever could.

Minority Report has some fantastic visual shots of a not too distant future. Sadly, the summary of the story raises some questions so complex that one would have to watch the film all over again to properly understand how everything came together.

For an intellectual, for a fan of thrillers, for anyone looking to rent a good DVD from the video store, Minority Report will not disappoint.