Liam Butler lives in Stoke. His interest in music has seen him attend everything from Bon Jovi Concerts in Hyde Park London, Irish Dancing Festivals in the Kapiti Coast to Leisure Marching displays in Motueka.

Coming in third is not often associated with great triumph. Iron Man 3 is triumphant as it captivates the audience in a story that enthrals, entertains and excites. 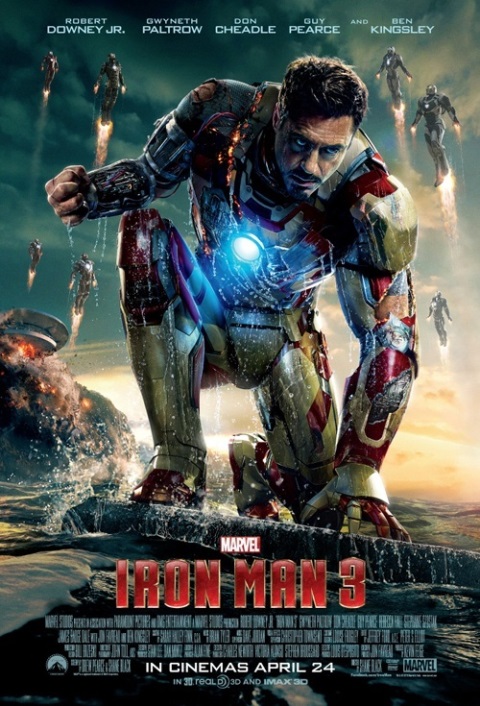 The 3D version enthrals with is use of uses CGI technology to explore mortality in a myriad of sequences combining the manifestations of human frailty including anxiety, pride and fear with futuristic military robotic technology presented in a believable manner.

Entertainment comes from the usual suspects of the exceptional Robert Downey Junior and the expertise of Gwyneth Paltrow but also from the young actor Ty Simpkins who brings the action back into an environment where it really belongs; the unbreakable co-dependent bond between a child and a superhero.

What is exciting is that the movie makes the departure from the darker Marvel Movie offerings of late yet Iron Man 3loses none of ability to captivate the audience.  This was reflected that the audience I was part of stayed seated to watch the ending credits roll not wanting to miss any part of a thoroughly entertaining evening.

The story is fresh and worthy of being view on its own whist fitting in well into the trilogy.