“On a hippie trail, head full of zombie……..I met a strange lady, she made me nervous….she took me in and gave me breakfast”   What a way to kick things off!  Appropriate is the only word that can describe the relationship between the line of this song and how it relates so well to the essence of the story I am about to see unravel before my eyes. 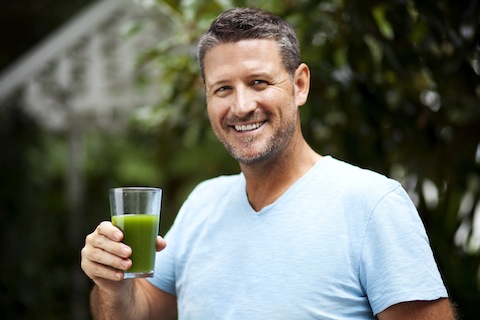 Joe Cross is a man on a mission who has suffered from a debilitating condition that is similar to chronic hives for a big part of his life which has meant that he needs to take steroids just to get by.  Lifestyle choices have also dictated a focus on wealth rather than health so after some research, Joe decides to take matters into his own hands.

And so the journey begins, 60 days and 60 nights of fasting on just the juice of raw vegetables and fruit.  His first 30 days are spent in New York where he interviews a range of people about their diet choices before embarking on the final 30 days where he travels across America in an effort to educate and inspire. 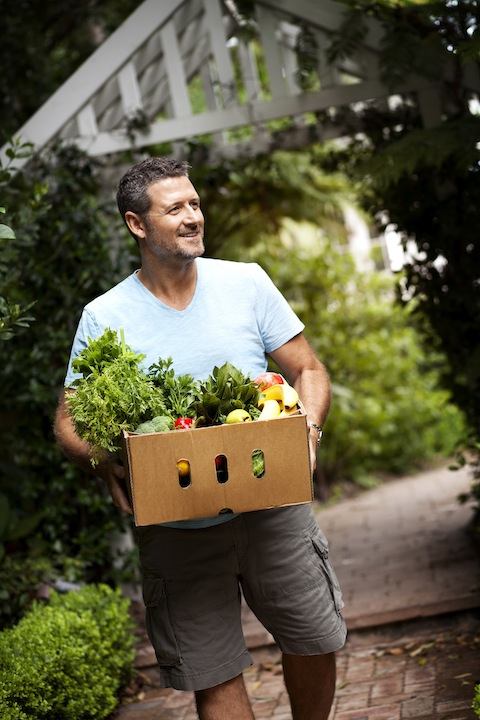 Understanding the why is the most important part of the journey.  Joe isn’t trying to bring the corporate world into disrepute; he is simply trying to point out some staggering truths about the evolution of man.  Over 60% of a typical US diet is processed food and what is even more surprising is the blasé attitude that people have.

I know I’m not alone when I say I want to control the impact I have in this world and when I leave, I want peace of mind I’ve had the best of a beautiful life.  Unfortunately this isn’t the same sentiment shared by a lot of the people Joe meets.   That leads me to the second hero of our story, a reluctant hero who almost doesn’t realise he needs help until it’s too late.

At 429 pounds and amazingly suffering from the same condition as Joe, Phil Staples goes beyond morbidly obese.  For Phil, getting buried would be so expensive that he is told cremation is his only option.  For a man who is essentially killing himself with food, this is the straw that broke the camel’s back.  What a fitting analogy when we think about what he is about to do.  Fast, like a camel and like Joe for 60 days and 60 nights.  The end result, a healthy and spritely man who at 229 pounds is literally a former shadow of himself.

I should point out here that the message of the film is not to inspire you to live on the juice of vegetables and fruit for the rest of your life.  For Joe, the initial fast is just the “reboot”.  Something he now adopts 3 – 4 times a year and something that with exercise and a balanced lifestyle will make a serious difference in anyone’s life.

The real learning to take from this inspiring and sometimes shocking look at the way we live our life is that we can’t escape the biological laws of cause and effect.  We are the gatekeepers of our destiny and it is only us as individuals who have complete control over the last two feet of freedom we have – what goes into our mouths.

With a projected spend of 600 billion US dollars on pharmaceutical drugs by 2017; this is a movie about two men with same rare condition who no longer need medication.  It is a movie about a personal solution that may just work for you.  Breville better be prepared to sell some more juicers.  Joe Cross is on his way to spread the gospel of the reboot juice fast and I think its going to go down a treat. 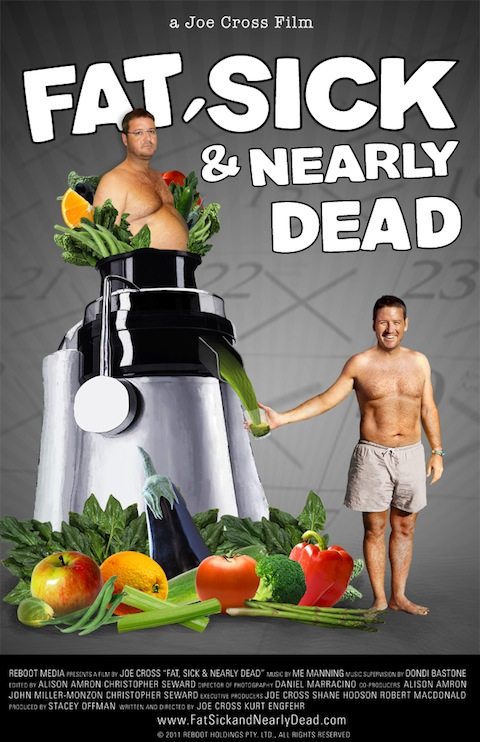