Film Review: 21 and Over

After walking out of the theatre, there were two nagging thoughts which remained. Why did they make this film? What was its purpose? 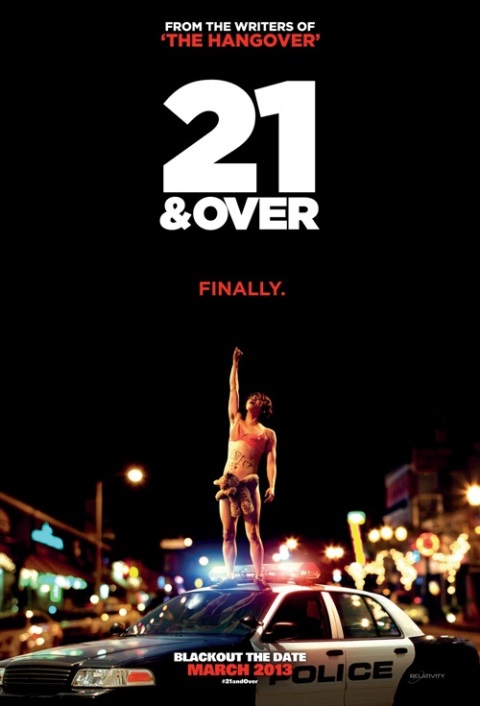 Yes 21 and Over is one of those motion pictures in which you have to lower your standards to enjoy. From the writers of The Hangover, comes a younger, less funny alternate version. This time around the swearing is worse, the drinking is heavier, comedic relief is often unsettling and most people can make an educated guess at what the ending will be within 20 minutes.

Two friends, Casey and Miller, go and visit their Asian friend Jeffrey Chan at Med School. A rather important board meeting awaits him the next morning and his father warns him to be ready to go by 7am. Rather than letting his friend rest easy, the two friends plan put as much alcohol as possible into Jeff’s body. Montage after montage of Jeff’s stupidity in each different bar and eventually he manages to collapse into his friends arms.

The three buddies have succeeded at what they set out to do. After stumbling out a bar, they cannot remember where Jeff’s living quarters are. From here on out, everything is focused towards finding out where exactly this straight A student lives. During each progressive step towards discovery, the three friends encounter more problems; this includes a sorority club, more parties and public humiliation.

Unsettling moments seem to repeatedly appear. Since when has any drunk person eaten a tampon in the hope of it being candy? When did people begin swearing with the intent of out swearing Gordon Ramsay? Why is walking around with a sock supposed to offer comic relief? Some genuinely funny moments do appear. Miller makes an enemy for life when he throws a dart into someone’s face, the stoners beautifying Jeff is full of giggles and the sorority court is just as funny as it is unsettling.

In between the unsettling moments are some revelations about Miller and Jeff. Life is not all roses for each of them. It would have been touching to hear if each secret was not so formulaic and predictable. Many times before this film secrets like this have come out. So when the film started wrapping up, nothing surprising came.

21 and Over is a film which you can seek out one night when there is no reasonable movie on another channel. There are some good laugh out loud moments. As a film it is not bad but it just is not good either.